Netflix snaps up international rights for Syfy's Ghost Wars | VODzilla.co | Where to watch online in UK | How to stream

Netflix has snapped up the international rights to Syfy series Ghost Wars.

The paranormal action series stars Vincent D’Onofrio, Kim Coates and none other than Meatloaf. Produced by Nomadic Pictures and created by Simon Barry (Van Helsing), it is set in a remote Alaskan town that has been overrun by paranormal forces. Avan Jogia stars as local outcast Roman Mercer, who must overcome the community’s prejudices and his own personal demons to use his psychic powers and save everyone from the mass haunting. Other cast members include Kim Coates and Kristin Lehman.

Barry serves as showrunner for the project, with David Von Ancken directing the first of 13 Episode. Other directors signed on include Leslie Hope, Michael Nankin, Mathias Herdndl, Jason Priestley and Barry himself. Nomadic Pictures’ Chad Oakes and Mike Frislev are exec producing alongside Barry, Dennis Heaton and Von Ancken.

“Ghost Wars is not just a contemporary homage to classic psychological horror, it’s also an opportunity to tell stories about human politics and how we shape our beliefs and lives based on our individual perspectives and biases,” Barry Add to Watchlist

Netflix orders The Movies That Made Us July 27, 2019 | Staff Reporter 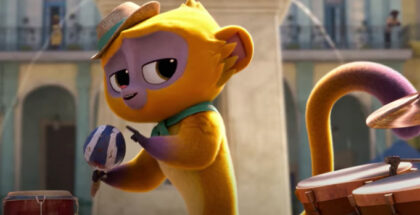