Twitter and Bloomberg to create "unprecedented" live video news service | Where to watch online in UK | How to stream legally | VODzilla.co 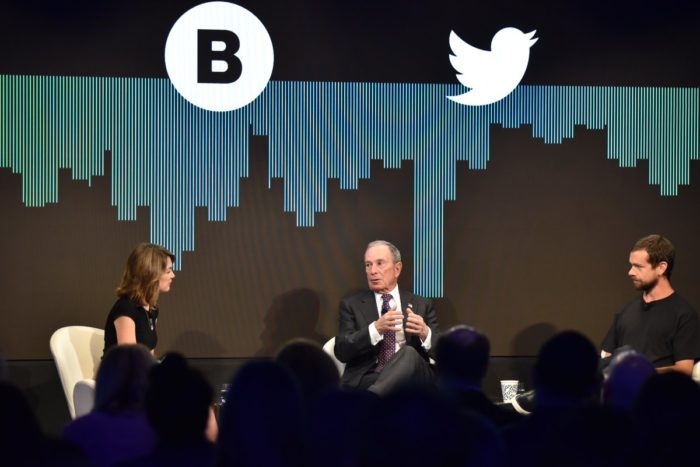 Twitter is doubling down on its live video plans with a new deal with Bloomberg designed to break news around the world.

The partnership announced their plans this week for the “first-ever 24/7 breaking news network that will be global, live, social and streaming”. The “unprecedented” service will combine the editorial and newsgathering capabilities of Bloomberg with the digital power of Twitter.

The new network in-development was unveiled at Bloomberg Media’s NewFront presentation at the start of May, following a live interview with Michael R. Bloomberg and Twitter CEO Jack Dorsey. Launching this autumn, it will feature a mix of user-generated breaking news video from citizens, curated and verified by Bloomberg editors, along with live video and reporting from Bloomberg journalists around the world. Combining the speed and immediacy of Twitter with the editorial rigor of Bloomberg, the network will be interactive, rich with social content and consumable on any device.

“Today’s global news consumer wants and needs more than what’s currently available. In an era when most viewers are choosing immediacy over quality in breaking news, traditional media hasn’t kept up. With this new network, we are setting out to reinvent the digital breaking news experience. The powerful combination of Bloomberg’s high-quality journalism and data-backed objectivity with Twitter’s global immediacy, interactivity and reach will create the world’s fastest and most credible modern news source,” said Bloomberg Media CEO Justin B. Smith.

“This is a great opportunity to extend our global news gathering capabilities to Twitter’s 328 million monthly users,” said Bloomberg Editor-in-Chief John Micklethwait. “Combining the journalism, data and editorial rigor of Bloomberg with the social content of Twitter will enable us to cover the world in a very new and exciting way.”

“The stage is set for innovation in news and Bloomberg is taking on that challenge. Twitter’s speed and vast global network of content and commentary combined with the high quality, editorial rigor of Bloomberg is a unique and powerful combination,” said Anthony Noto, COO of Twitter.

The partnership builds on the previous agreement between the two online giants, which saw Twitter agree to live-stream select Bloomberg TV programmes, including Bloomberg West, What’d You Miss? and With All Due Respect.

Bloomberg and Twitter are teaming up to live-stream select TV shows from the broadcaster.

Shows that will be available to watch directly on the social network include Bloomberg West, What’d You Miss?, With All Due Respect, and the network’s markets coverage.

The partnership marks an expansion of Bloomberg’s digital video strategy, extending the network’s reach to Twitter’s, global and connected audience of over 800 million people.

“We continue to invest aggressively in innovative distribution models in order to deliver the most critical business and financial news and information to our audience of busy, on-the-go, global executives,” says Bloomberg Media CEO Justin B. Smith. “By partnering with Twitter, viewers from all over the world will now be able to leverage a powerful, real-time platform to consume and react to the news, accelerating our position as a leader in global business video, and offering new and innovative opportunities for our marketing partners.”

At the outset of the partnership, Twitter will stream three of Bloomberg’s weekday TV shows:

At the close of the U.S. trading day, Joe Weisenthal takes viewers through the most important stories in global financial markets.

The move is also a big step for Twitter, as it looks to boost its live-streaming credentials, as well as its commercial relevance. Leveraging the resources and infrastructure of Bloomberg TV, Bloomberg is the leader in global business video, posting more than 18.4 million unique viewers and 411 million streams in May 2016. Twitter’s partnership with Bloomberg follows a deal with NFL to live-stream games in the coming season. 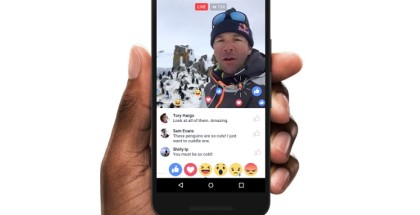 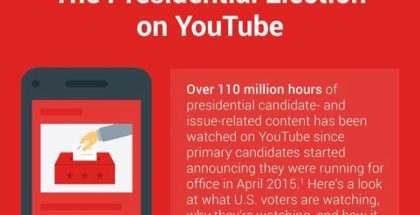