First trailer arrives for Marseille Season 2 | VODzilla.co | Where to watch online in UK

“My beautiful Marseille. It gave me strength to come back from the dead.” That’s former Marseille mayor Robert Taro (Gerard Depardieu) in the first trailer for Season 2 of Netflix’s French political drama. He’s not speaking entirely metaphorically, after a twist at the end of Season 1 left the show struggling to find a way to up the stakes.

Depardieu returns in this second season, alongside Benoît Magimel as Lucas Barrès, his former protege-turned-rival-politician, both battling to rule over the titular city. Season 2 picks up from their heated confrontation, and, as the date of the upcoming elections approaches, Taro’s absence offers Lucas his shot to try to rise to power, but he is still 9 votes short to become the new mayor. The negotiations with all the different political parties begin, with the extreme right waiting backstage to make its move.

The original cast, including Géraldine Pailhas and Stéphane Caillard, will return for Season 2, and will be joined by Natacha Régnier and Vladimir Consigny. See them all in action in this trailer, which promises all kinds of drama, from a commentary on the rise of the political right to some people knocking a pizza off a table.

All eight episodes of Season 2 will premiere on Netflix on Friday 23rd February. Here’s the new trailer:

Netflix has unveiled the first images for Marseille Season 2, as well as its release date.

The streaming giant’s first original French series stars Gérard Depardieu as Robert Taro and Benoît Magimel as Lucas Barrès, two rival politicians competing for the love of Marseille, and the power to rule over it. Season 1 climaxed with a tense confrontation between the two, and Season 2 picks up from the aftermath, as journalists flock to incumbent mayor Robert. As the date of the upcoming elections approaches, Taro’s absence offers Lucas his shot to try to rise to power, but he is still 9 votes short to become the new mayor. The negotiations with all the different political parties begin, with the extreme right waiting backstage to make its move.

The original cast, including Géraldine Pailhas and Stéphane Caillard, will return for Season 2, and will be joined by Natacha Régnier and Vladimir Consigny.

Marseille was created by Dan Franck and this second season is directed by Florent Siri (episodes 1, 2, 3, 7, 8) and Laïla Marrakchi (episodes 4, 5, 6). It is produced by Paris-based Federation Entertainment, led by Pascal Breton, and marks Netflix’s ongoing investment in French content, including The Eddy, Osmosis, Fary’s Special and Gad Elmaleh’s stand-up comedies.

Season 2 of Marseille will run for eight episodes and will premiere on 23rd February 2018. As well as the photo above, here’s a first look at the cast in action: 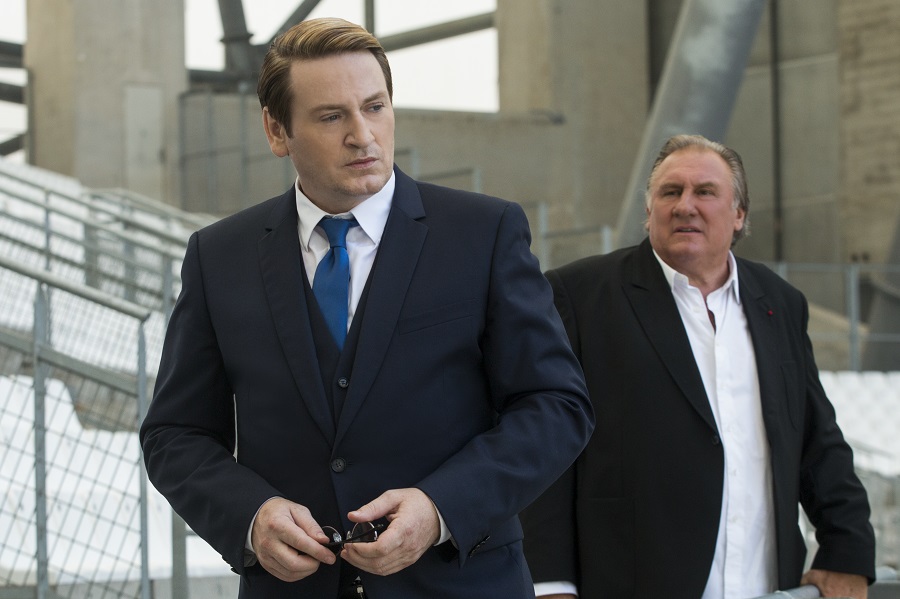 Netflix’s Marseille will begin production on its second season this April.

The streaming giant’s high-profile French series had everything going for it, when it premiered last year: award-winning writer Dan Franck (Spin) steering the show, a cast that included Gerard Depardieu and the kind of political conflict that made House of Cards a success. But the drama about the battle for power that emerges between Depardieu’s veteran mayor, Robert Taro, and his protege, Lucas Barrès, who ends up running against him in the elections, was something of a damp squib.

“More soap opera than serious drama, this is the kind of show where metaphors are taken literally and exposition is disappointingly spelled out,” we wrote in our damning review.

Nonetheless, Netflix went on to order a second run of the show. Both Depardieu and Benoit Magimel will return as the opposing male leads, with Franck also still in place, but the programme is making some changes. Most notably, a new character will join the cast: “a young woman politician of the far-right French Party”, who will no doubt be inspired by, or at least be compared to, Le Pen.

Perhaps more importantly, though, is a slight tweak behind the scenes: alongside Franck and returning producer and director Pascal Breton and Florent Emilio-Siri, the show has hired Philippe Pujol, a French journalist, to join the scripting team. He’s award-winning too – specifically, the Albert Londres Prize in 2014, which he got for a series devoted to the northern districts of Marseille, which could make significant improvements to the show’s biggest weakness: believability.

Production will begin on Tuesday 18th April, Netflix announced this week at a press event in Berlin. At the same event, Netflix highlighted its commitment to European content, with more than 90 original productions in various stages of development across the continent. Indeed, since 2012, Netflix has committed more than $1.75 billion on European productions (licensed, original and co-productions).

Netflix has renewed Marseille for a second season.

The political drama, starring Gerard Depardieu, marked the streaming giant’s first French original series when it premiered in May.

The show stars the actor as Robert Taro, the titular city’s Mayor for the last 20 years, who prepares his last coup ahead of the municipal elections: pushing through the vote for the construction of a casino in the historic centre of the Marina. He’s even got his successor, Lucas Barrès (Benoît Magimel), lined up.

But the latter’s all-consuming ambition and the secret interests of the city’s leaders, whether they come from its opulent villas or from the cities of the northern suburbs, impede the Mayor’s plans – and a power struggle begins.

Dan Franck was writer and Executive Producer for the series, alongside Florent Siri, director of the first four episodes. Thomas Gilou directed the final four episodes.

Now, Netflix has confirmed that it has ordered a second run. “The fight is not over. #MarseilleNetflix Season 2, coming soon,” tweeted the show’s official Twitter account.

The fight is not over. #MarseilleNetflix season 2, coming soon. pic.twitter.com/4xw1VGwAex

No details have yet been confirmed of when the season will go into production, nor who will return from the firt season’s cast. The news was broken by French TV mag Tele-Loisirs, which attributes the renewal to overseas response. It “received a very warm welcome abroad, especially in Russia and Brazil”, says the publication.

It certainly didn’t get a warm response in the UK.

“It holds the dubious honour of being a TV show that gets worse as it goes on,” we wrote in our review. “What started out as mildly disappointing in Marseille’s first four episodes has grown and matured over Season 1’s second half into something truly naff, ridiculously overblown and ripe for mocking laughter.”

VOD film review: Into the Forest