Netflix order first Dutch original film | Where to watch online in UK | How to stream legally | When it is available on digital | VODzilla.co

Netflix has ordered its first Dutch original film, with a new hip-hop crime comedy in the works at the streamer.

Produced by Fiction Valley, it tells the story of Richie Rich and his journey to becoming the greatest hip-hop artist in the Netherlands. One evening he is violently robbed by a group of teenagers and loses his most prized possession: an expensive watch. When images of the humiliating robbery go viral, Richie’s hard-earned reputation is damaged. Can Richie restore his image or will this be the end of his career?

Lina Brouneus, Director of Co-Production & Acquisition at Netflix, says: “We are thrilled to announce our first Dutch Netflix feature film in collaboration with Fiction Valley. We can’t wait to work with the extremely talented creators, Shady El-Hamus and Jeroen Scholten van Aschat bring the entertaining story of Richie Rich to life.”

“It is a great honor as young filmmakers to have the opportunity to create the first Dutch Netflix film. The collaboration with Netflix gives us the opportunity to make a film for a bigger and global audience.” adds El-Hamus. The film is a fast-paced crime with comedic elements about the contemporary obsession with status and success.

Jeroen Scholten van Aschat comments: “The film examines the struggle between who you are and who you want to be in a world where your online identity is all-important. Everyone seems to be burdened by a chronic recognition disorder.” 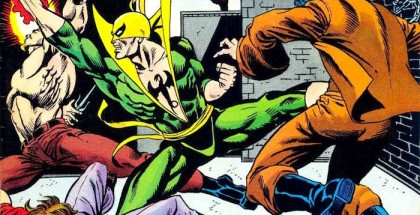