Netflix releases full trailer for The Hook Up Plan | Where to watch online in UK | How to stream legally | When it is available on digital | VODzilla.co

Netflix releases full trailer for The Hook Up Plan

“You’re my brother’s best friend. There won’t be a third time.” That’s the sound of Netflix getting its romantic comedy on, as it prepares to unleash three friends on the world: Charlotte, Emile and Elsa. Set in modern Paris, the eight-episode series follows the trio as they rally around the perpetually single Elsa, who can’t seem to figure out why she is so unlucky in love.

In a misguided attempt to build back Elsa’s confidence, Charlotte and Emilie hire a male escort to renew Elsa’s faith in dating, relationships and finding love. Because what could possibly go wrong?

The series stars Zita Hanrot, Joséphine Draï and Sabrina Ouazani, plus March Ruchmann as the escort. The whole thing lands on Netflix on Friday 7th December and after a cute teaser parodying Love Actually, this new trailer promises more laughs to come. Here’s the video:

The Hook Up Plan is available on Netflix UK, as part of an £9.99 monthly subscription.

The show, which is directed by Noémie Saglio, is a comedy that follows a group of friends who live in Paris. With one of them, Elsa, continuing to fight through an unlucky love life, her mates take drastic measures and decide to hire male escort to build up the perpetually single woman’s confidence.

The concept is something right out of a Hollywood rom-com, and it’s perhaps no surprise that Netflix should tap into one of the most prominent romantic comedies of the last two decades to market it: the rather nifty new trailer for the show cheekily nods to the now-iconic doorstep scene in Richard Curtis’ Love Actually. It features Zita Hanrot holding up a series of signs, Andrew Lincoln-style, introducing the programme. Hanrot is joined by Joséphine Draï and Sabrina Ouazani, plus March Ruchmann as the escort.

Known as Plan Coeur in its home country, it’s one of a number of French series recently announced by Netflix, including a comedy about friends, family and weed, a psychological horror, and a modern, coming-of-age vampire tale in Paris. The Hookup Plan received an eight-episode commission from Netflix, with all of them arriving on Friday 7th December, just in time for Christmas. Here’s the video:

Netflix continues its investment in French productions with the announcement of a new wave of French original content.

The streaming giant is under pressure from upcoming EU law to meet certain quotas in the make-up of its international content, and Netflix has been taking preemptive steps to expand its commitment to French and other European content in recent years. This week sees the commission of three new French series and the acquisition of four new French films and documentaries, all of which will be released worldwide.

Erik Barmack, Vice President of International Originals at Netflix says: “We are delighted to announce today three new French series – a witty comedy about friends, family and weed; a psychological horror series; and a modern, coming of age vampire tale in Paris – for our French and Global audience to enjoy. Each project involves such talented French storytellers and producers that we are thrilled to be working on what promises to be very exciting times to come”.

Family Business is a half-hour comedy about a young man who recruits his best friends to help save his family’s business, by transforming their butcher shop into France’s first coffee shop. Created and developed by Igor Gotesman. Produced by Les Films du Kiosque and Five Dogs.

Emma, an acerbic young novelist discovers the terrifying characters she writes in her bestselling series of horror novels, might also be living in the real world. Created and directed by Samuel Bodin. Written by Samuel Bodin and Quoc Dang Tran. Produced by Empreinte Digitale and Federation.

When a young rebellious teenage girl is faced with her inevitable change, becoming a vampire, her overly protective mother engages her estranged siblings in a race to find a cure. Created for television and written by Benjamin Dupas and Isaure Pisani-Ferry, the untitled series is advocated from the book Vampires by Thierry Jonquet.

Netflix’s next half-hour romantic comedy series co-directed by Noémie Saglio will be launch by the end of the year.

Noumouké, 15 years old, the youngest of three brothers from a sensitive suburb of Paris must choose which of his two brothers’ footsteps he wants to follow.
Directed by Leila Sy and Kery James and Written by Kery James.

Two best friends from a small town, now uber-Parisians, decide to return to their hometown for a high school reunion with a secret agenda: take revenge on their former bullies and come to terms with their teenage crush. Written and directed by Remy Four and Julien War, the film is Produced by 2425 Films and stars Jerome Niel and Ludovik.

To give voice to ordinary heros – or extraordinary humans – this documentary film follows the destinies of 5 men and women who are symbols of resilience and bearer of hope in humanity. Written and directed by Stephane de Freitas (“A voix haute”), it’s produced by Valdes, Wagram Films.

Initiated through a crowdfunded campaign that gained viral buzz, Paris est une fete (working title) is a real-time French love story shot over 3-years on the streets of Paris, without any permits, amidst the crowds – at in a city scarred by terror attacks and social upheavals.
Directed by Elisabeth Vogler and written by Elisabeth Vogler, Remi Bassaler, Paul Saisset, it is produced by 21 juin cinema, French Lab Agency and Les Idiots. 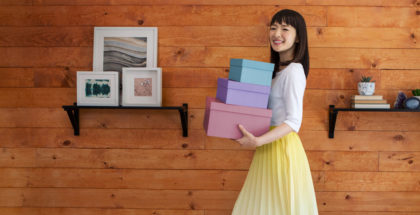 Christina Applegate, Linda Cardellini, James Marsden team up for Dead To Me live... May 7, 2020 | James R 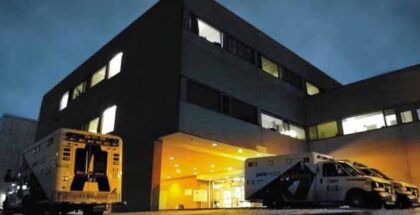