Netflix hooks up with Korean romance One Spring Night | Where to watch online in UK | How to stream legally | When it is available on digital | VODzilla.co

Netflix hooks up with Korean romance One Spring Night

Netflix is hooking up with a new Korean romance for One Spring Night.

The drama is a story of two people whose uneventful lives become shaken by unexpected love, leading them to seek what their hearts truly desire, instead of being fixated on faith. Lee Jeong-in, played by Han Ji-min who is well known for her leading roles in Yi San, Familiar Wife and The Light in Your Eyes, is a librarian who knows how to appreciate the small things in life. Jung Hae-in, whom Netflix fans fell in love with after his role in Something in the Rain, plays Yu Ji-ho, a well-mannered pharmacist who tends not to hesitate when it comes to love.

The series is directed by Ahn Pan Suk, who is known for his realistic storytelling of love and emotions in such TV shows as Behind the White Tower and Secret Affair. For One Spring Night, Ahn has collaborated once again with writer Kim Eun, after they worked together on Something in the Rain.

The series will launch globally on Wednesday 22nd May, with two episodes released weekly, one hour after its broadcast in Korea. 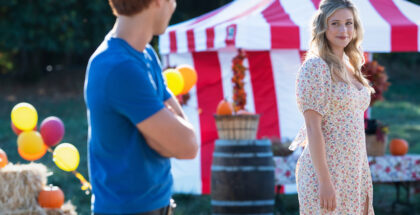