Trailer: Michael Peña stars in Netflix's Extinction | Where to watch online in UK | How to stream legally | When it is available on digital | VODzilla.co

Michael Peña is taking the lead in Netflix’s new sci-fi thriller, Extinction, and a trailer gives us a first proper look at him in action.

The film, which started out at Universal, was pulled from its schedule at the start of the year, with Netflix stepping in to snap up the exclusive rights. It sees Peña play a father with a recurring dream of losing his family. His nightmare turns into reality when the planet is invaded by a force bent on destruction. Now, fighting for their lives, he comes to realize an unknown strength to keep them safe from harm.

Peña is joined in the thriller by Lizzy Caplan and Mike Colter, joining a growing line sci-fi movies from other studios. Will Extinction turn out to be the next Annihilation or the new Cloverfield Paradox? Find out on Friday 27th July, when it premieres on Netflix.

Extinction is available on Netflix UK, as part of an £9.99 monthly subscription.

Netflix has bought another sci-fi thriller from a major studio, after the project was put on the scrap heap. This time, it’s Extinction from Universal.

The deal, which was reported by Variety, follows the surprise release of The Cloverfield Paradox by Netflix immediately following this year’s Super Bowl – a release that Netflix announced in an advert during the Super Bowl. The movie, which was purchased from Paramount for what is thought to be around $50 million, had become an unwanted project for the distributor, and the Netflix deal made the movie instantly profitable, saving Paramount the costs of a marketing and theatrical release campaign.

Now, the same is happening again with another sci-fi film. Netflix has acquired the worldwide rights for Extinction, which stars Michael Pena (Ant Man) and Lizzy Caplan (Now You See Me 2). They play a husband and wife, with the husband having a recurring nightmare of losing his family – a nightmare that becomes all too real when the planet is invaded.

The movie was reportedly pulled from Universal’s schedule two months ago, with Variety revealing that Netflix intends to release the movie later this year. De-ja vu isn’t just limited to the circumstances of the deal, though: the movie reunites Netflix with Luke Cage star Mike Colter, who co-stars alongside Lilly Aspell, Emma Booth, Israel Broussard, and Lex Shrapnel. The film is directed by Ben Young and written by Spenser Cohen and Bradley Caleb Kane. It’s produced by Good Universe and Mandeville Films, with the latter’s Todd Lieberman and David Hoberman producing.

Both Extinction and The Cloverfield Paradox follow a deal between Netflix and Paramount for Natalie Portman thriller Annihilation, which will be released internationally by the streaming giant in March, 17 days after its 23rd February cinema release in the US. 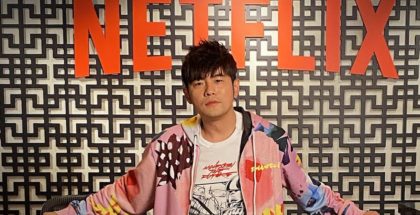