Trailer: Michelle Wolf's The Break lands on Netflix this month | VODzilla.co | Where to watch online in UK

Trailer: Michelle Wolf’s The Break lands on Netflix this month

After crushing it at the White House Correspondents’ Dinner this weekend, Michelle Wolf couldn’t have asked for a better preview for her new Netflix series, The Break. Nonetheless, the streaming giant has dropped a teaser, because, frankly, it’s the perfect time to remind the world that she’s got her own show on the way.

A veteran from The daily Show, the comedian made her London debut earlier this year, and has continued to impress on the stage and screen – and, thanks to her WHCD address, on the news too. For those prepared to be offended or outraged, though, the Netflix video should act as reassurance that this isn’t your typical late night talk show. Called The Break, the weekly series will “make fun of everything and everybody” with “no preaching and political agenda”, combining sketches, interviews and variety segments – presuming that Netflix doesn’t keep next episoding her, that is.

The Break with Michelle Wolf is available on Netflix UK, as part of an £8.99 monthly subscription.

Michelle Wolf’s The Break set for Netflix May premiere

Michelle Wolf’s late night Netflix talk show has got itself a title and a release date.

Called The Break, the weekly show will premiere on the streaming service this May, bringing a half-hour dose of comedy to the world. Promising to “make fun of everything and everybody” with “no preaching and political agenda”, the series will be a variety and sketch programme, aiming to make a break from the “seriousness of today’s late night comedy”.

With four years of working on shows including, The Daily Show and Late Night w/ Seth Meyers, Michelle is a veteran of the comedy scene, also making her London stage debut earlier this year. She will also be hosting the White House Correspondents’ Dinner on Saturday 28th April. Now, it’s her turn to host her own talk show.

The Break with Michelle Wolf will premiere on Netflix on Sunday 27th May.

Michelle Wolf gets her own Netflix talk show

The talented comedian, who has four years of working on shows including The Daily Show and Late Night w/Seth Meyers, may be familiar to UK audiences from her appearances on 8 Out of 10 Cats Does Countdown and Live at the Apollo, or her show-stealing guest spot on Frankie Boyle’s American Autopsy in 2016, following the US election.

Now, it’s her turn to host, with a weekly Netflix half hour talk show. The show, which does not have a title yet, continues Netflix’s push into the competitive late night space, with new shows from David Letterman and Joel McHale taking different approaches to the talk show format, following an unsuccessful series with Chelsea Handler. Wolf, however, will take a break from the seriousness of most late night comedy. Instead of making the news fun, she’ll make fun of everything and everybody. There will be no preaching or political agenda… unless it’s funny.

Michelle says: “You can expect the types of jokes my former bosses would tell me we couldn’t do on TV.”

“We’re thrilled to be working with Michelle, a gifted writer and performer with a singular voice,” adds Bela Bajaria, Vice President of Content, Netflix.

The series will premiere on Netflix later this year. 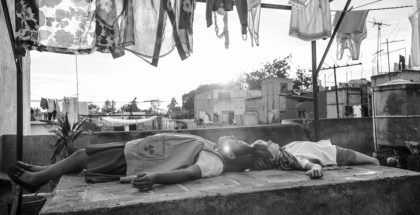