Ugly Delicious gets a mouth-watering trailer | VODzilla.co | Where to watch online in UK

Ugly Delicious gets a mouth-watering trailer

“I just reached the point where I’m ok making really ugly food.” That’s David Chang in his new Netflix series, which sees the chef touring the globe – and the globe’s restaurant.

The aim is to discover different cultures, cuisines and cooks – and then find a way to mash them together. Directed by 20 Feet from Stardom’s Morgan Neville, the series follows Chang, famous for founding Momofoku, and promises to dish up hot topic, spicy laughs and a huge portion of mouth-watering images.

The eight-episode series lands on Netflix on Friday 23rd February. Here’s a trailer:

Ugly Delicious is available on Netflix UK, as part of an £8.99 monthly subscription.

Morgan Neville and David Chang are cooking up a new Netflix series together.

Called Ugly Delicious, the show sees the 20 Feet from Stardom director join Chang as they travel the globe to look at what people eat. Chang is famous for founding Momofoku, a restaurant group that has branches around the world and has a couple of Michelin stars to its name, thanks to Momofoku Ko, based in New York.

“Food is something we all have in common,” said Chang in a statement. “It’s an essential part of who we are and how we create connections across cultures. In that spirit, we brought together some of the people we admire most to make Ugly Delicious a collaborative forum, a place where it’s okay to have strong opinions and honest conversations about food.”

The eight-episode series is unveiled by Netflix just as Neville prepares to launch his new documentary, Won’t You Be My Neighbour, at Sundance. It lands on Netflix on Friday 23rd February. Here’s a clip to give you a taste:

FilmStruck thinks broad as it officially launches in UK

Who Is America? Sacha Baron Cohen returns to Channel 4 with secret undercover US... July 10, 2018 | Staff Reporter 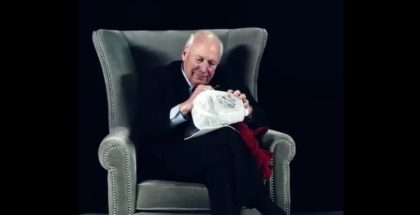