Laughter Lounge Festival: NextUp launches 7-day online event | Where to watch online in UK | How to stream legally | When it is available on digital | VODzilla.co 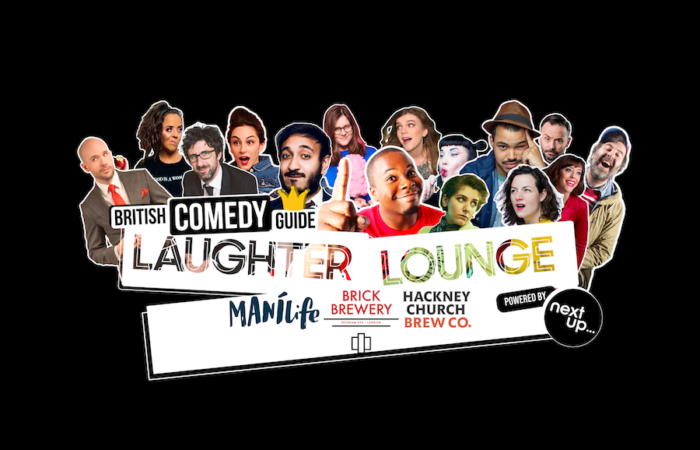 The Laughter Lounge Festival combines live online stand-up shows with industry insights and backstage talks. In partnership with the British Comedy Guide, the event features both sets and panel discussions, including conversations and Q&As about podcasting, heckling tips and a chance to just share anecdotes from gigging on the road.

The event kicks off on Monday 28th September, with panels taking place at 7pm and comedy sets taking place at 9pm nightly. Accessible from anywhere and streamed live via Zoom, each ticket costs £10 and each event lasts 50 minutes, with a maximum capacity of 200 people. Alternatively, you can get a VIP Pass for all 13 gigs, even when they’re sold out. That costs £79 and includes an annual NextUp membership (worth £60) and a six-pack of beer delivered by Hackney Church Brew Co.

For more information or to buy a ticket, click here. Here’s the line-up:

Whether it’s tricks of the trade, industry quirks or hilarious anecdotes – Mark has lived it all. Join our fabulous host, improv/stand up legend Alison Thea-Skot, as she gets up close and personal with one of the industry’s true comedy heroes. All hail!

Tom started stand up at 22 and went on to win both So You Think You’re Funny in Edinburgh and the BBC New Comedy Awards in the same year! Tom has also performed at Montreal’s Just For Laughs as well as Sydney, Adelaide and Melbourne Comedy Festivals. He responds well to deadlines and strong women.

Two of the UK’s best loved and busiest comics on the circuit Micky Overman and Bec Hill give their most honest, upfront accounts of life on the road. From perilous pub gigs and festival festival fuck ups, to riding the highs of a sellout show with the lows of a stale Ginster’s pasty on the M52, strap in for the hot mess and home truths that make up life as a gigging comic.

Having appeared on Live at the Apollo, Mash Report, Mock the Week and Question Time, Geoff Norcott has built up a significant live following with sell-out Edinburgh runs . Sarah has performed stand-up on The Now Show (BBC Radio 4) and has featured on the BBC, Comedy Central and has done tour support for incredible acts such as Stewart Francis, Dane Baptiste, Kerry Godliman, Jan Ravens and Abandoman.

Whether it’s landing a punchline that goes viral or building a mass following, our comic heroes and social media hot shots Laura Lexx and Bilal Zafar share the secrets of instant insta-success. Laura and Bilal reflect on what it really means to make Friends and Influence people.

Join Luisa for a modern take on late night love show. I want to hear your problems, let’s solve them together! Remember late night radio and hearing love stories? Its time to bring it back! In the modern age, but with likes! Seen two blue ticks, but not responded? DMs left on ‘Read’. Lets fix this shit. Get Your Power Back!

Writer’s Retreat: But Is It Funny Though? – 7pm

BAFTA winning/EMMY award nominated writers Joel Morris (Charlie Brooker’s Screenwipe, Philomena Cunk, Paddington) and Neil Webster (Morgana Robinson’s The Agency, Urban Myths for Sky Arts) share the tricks of the trade to get your work from script to screen. A fascinating insight into the world of writing, commissioning and producing comedy from two writers at the very top of their game.

Jess was nominated for The Dave Edinburgh Comedy Award ‘Best Show’ for her show Hench. She has since appeared on Live at the Apollo, QI and Harry Hill’s Clubnite. As an actor she starred in feature films Greed and Official Secrets, Dawn French’s The Trouble with Maggie Cole on ITV, Sharon Horgan’s Motherland on BBC 2 and is an episode guest lead in Series 5 of Cuckoo on BBC and Netflix.

Join Kiri Pritchard-McLean (All Killa No Filla) and Stu Goldsmith (Comedian’s Comedian podcast) as they explore the reasons why connecting with an aural audience is more prevalent than ever, and give us their insights on how to stand out from the comedy podcasting crowd.

Janine’s father is a lifelong New Yorker and son of Middle-Eastern immigrants. He’s also an avid Donald Trump supporter. Attempting to reconcile those things makes for one tense Sunday dinner. Catch multi award-winning newcomer Janine Harouni in her debut show about standing up for what you believe in, even if you have to do it really nicely.

Stand Up stalwarts Pope Lonergan and Archie Maddocks are keeping it real in this discussion on the benefits of comedy for our collective mental health and wellbeing. In this new era of personal and economic uncertainty, Pope and Archie share their experiences on overcoming adversity through humour and how laughter can be used as the ultimate taboo buster.

Marlon Davis is a talented comedian, improviser and actor whose recent TV appearances include BBC’s Live At The Apollo and Comedy Central’s Comedy Store Live. A sought after act, Lauren is a regular at all the major national comedy clubs and has provided tour support for Katherine Ryan, Jason Manford, Kerry Godliman, Stewart Francis and Dane Baptiste.

Audio LOLS: All We Hear Is Radio HAHA – 7pm

In the second part of our Audio LOLS series, professional stand up and BBC Radio host Tom Deacon, and host of BBC Radio 4 Extra’s Newsjack Angela Barnes, look at rediscovering radio for the next gen comics. Tune in and tune up for this radioactive rally for the future of radio comedy.

David O’Doherty is the stage name of David O’Doherty: comedian, flanneur and 1990 East Leinster under 14 triple jump bronze medalist. Appearing occasionally on UK television on shows such as QI, Have I Got News For You, 8 Out of 10 Cats he’s also the least famous person ever to have hosted an episode of Nevermind the Buzzcocks. It’s fair to say that David is a bit of a legend.