The debut show from the comedian, actor and writer was the best reviewed show at The Pleasance during the 2017 Edinburgh Fringe Festival, winning a Herald Angel Award and bagging a nomination for Best Newcomer 2017 at the Edinburgh Comedy Awards.

It’s a brutally honest coming-of-age tale that chronicles a turbulent time of Lauren’s life that found her being ghosted by her ex-boyfriend, while navigating a lack of friends, money and self-confidence. An uplifting 70 minutes of crafted storytelling, it demonstrates the personal empowerment and comedic prowess that has rightfully positioned Lauren as an exciting rising star on the UK comedy circuit.

When asked about filming her first full length special for NextUp, Lauren says: “Because of its subject matter, Lady Muck will always be a very special show for me – and recording it at the Stand in Newcastle where I performed my first gig five years earlier, made it all the more poignant.”

Co-Founder Daniel Berg says: “Lauren put her heart and soul into this show and it’s an honour to have it preserved and showcased for her and all our members.”

Lady Muck is available to stream from today on nextupcomedy.com, as part of a £4.99 monthly subscription. 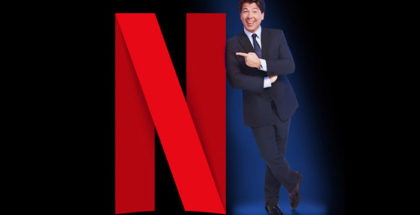