John Boyega to develop non-English language films with Netflix | Where to watch online in UK | How to stream legally | When it is available on digital | VODzilla.co

The independent production company, founded by the British-Nigerian actor, will develop film projects based on stories, cast, characters, crew, literary properties, mythology, screenplays and/or other elements in or around African countries, with a focus on West and East Africa.

“Africa has a rich history in storytelling and for Netflix, this partnership with John and UpperRoom presents an opportunity to further our investment in the continent while bringing unique African stories to our members both in Africa and around the world,” says David Kosse, Vice President of International Film at Netflix.

Boyega set up UpperRoom in 2016 to facilitate his debut producing role on Pacific: Uprising, which he co-produced and starred in with Legendary Entertainment. Since then, the team at UpperRoom has been developing a slate of projects, across film and TV, including some unscripted content with the day to day operations overseen by Yara Shaikh, VP of Productions. Boyega is no stranger to Netflix, with the 2014 drama Imperial Dreams (pictured) that he starred in eventually getting nabbed by the streamer for release online.

“I am thrilled to partner with Netflix to develop a slate of non-English language feature films focused on African stories and my team and I are excited to develop original material. We are proud to grow this arm of our business with a company that shares our vision,” says John.

The agreement further strengthens Netflix’s commitment to invest in African content creators and to tell stories that are made in Africa and watched by the world. Netflix recently commissioned its first original scripted series from Nigeria, the yet to be titled “Akin Omotoso Project” as well as other African Originals – Blood & Water and Mama K’s Team 4 – that will premiere later this year and join Netflix’s first African Original, Queen Sono, which debuted last week. 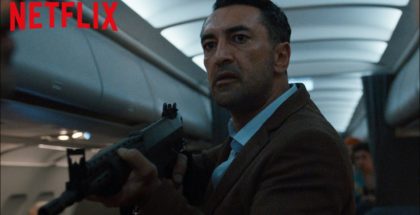