The Late Late Show with James Corden is going on tour this summer. Corden will return to Blighty for the CBS show’s first international adventure, with the programme filming three special episodes in London.

The episodes, produced by CBS Productions and Fulwell 73, in association with Sky, will air in the US on the CBS Television Network and will have a “distinctly UK feel”, as Corden shares highlights from his homeland. Filmed at Westminster’s Central Hall, the series’ signature musical and comedy segments will also be given a British twist.

“To bring The Late Late Show to the UK is a dream come true for me. I’m incredibly proud of the show and we’re going to do our best to make this week in London memorable,” says Corden.

The show has had its sights set on an international audience ever since Corden took the reins, with skits and stunts designed to go viral on the web, as the competitive US talk show circuit takes its fierce rivalry on to YouTube and social media. The Late Late Show’s YouTube channel has now amassed more than 2.5 billion total views and 10 million subscribers, with its Carpool Karaoke segment holding the YouTube record for the most watched late-night clip: Adele Carpool Karaoke, which has more than 153 million views.

In the UK, it has become a regular fixture on Sky’s streaming platforms, with episodes available daily via Sky on demand and contract-free subscription service NOW TV. Corden is already no stranger to the broadcaster, presenting Sky 1’s comedy sports quiz, A League of Their Own, since 2010.

Sky 1 will broadcast the three home-grown episodes from 7th to 9th June at 10pm and they will be also be available on NOW TV.

Why did Netflix get rid of star ratings?

The Trip to Spain available to watch online as box set 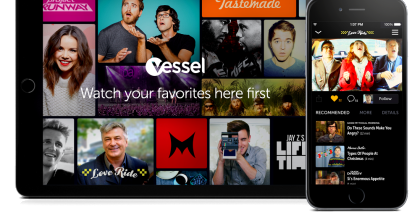