Why did Netflix get rid of star ratings? | VODzilla.co | Where to watch online in UK | How to stream

Why did Netflix get rid of star ratings?

This week saw Netflix scrap star ratings altogether, replacing them with a thumbs-up voting them. The move has been greeted with horror by subscribers, who took to Twitter to complain about the decision.

So what does Netflix have against star ratings? Scoring films and TV shows out of five (or out of 10) has become a central cornerstone of the entertainment world. It’s essential for communicating the variation in quality between good and great, or between terrible and satisfying: a five-star film is a must-see masterpiece, while a three-star film may have flaws but is still worth watching. Five-star ratings are everywhere, from books to restaurants.

For Netflix, though, that’s exactly the problem.

“We’ve used stars to help you personalize your suggestions, many of our members are confused about what they do,” says Cameron Johnson, Director of Product Innovation at Netflix.

“That’s because we’ve all gotten used to star ratings on e-commerce and review apps, where rating contributes to an overall average, and the star rating shown next to a restaurant or a pair of shoes is an average of all the reviewers. On those apps, being a reviewer can be fun and helpful to others, but the primary goal isn’t always to help you get better suggestions.”

“In contrast, when people see thumbs,” he argues, “they know that they are used to teach the system about their tastes with the goal of finding more great content.”

There is one drawback to the five-star ratings system: Netflix has found that ratings by subscribers were skewed depending on the film’s genre. Even with 10 billion five-star ratings awarded and more than half of users rating more than 50 titles, people tended to give higher scores to serious documentaries and three stars to more lightweight movies – but still watched the latter more anyway.

But there’s a more direct logic behind Netflix’s decision: the streaming giant will be using the thumbs-up and thumbs-down system as a more direct way to define what the streaming service shows to you when you’re hunting for a movie or series. A thumbs-up tells Netflix that you like something and want to see similar suggestions, whereas a thumbs-down lets Netflix know you aren’t interested in watching that title. That means you can search for it, but it will no longer show up on your homepage – a binary yes/no filter that is easier for Netflix to program than a sliding five-star system.

“Using thumbs helps us learn even more about your unique tastes so we can do a better job suggesting stories we think you’ll love,” says Johnson.

The star rating you see next to each title, meanwhile, has been replaced with a personalised “% Match” score. This score is a prediction of what Netflix thinks you may enjoy watching, based on your own thumb-based voting, as well as your viewing history, searches and other behaviour (including your old star ratings). It is not a measure of overall popularity across the service and has little to do with other people’s thumbs.

The result is a homepage that, in theory, will only show things you want to watch – removing the risk of you turning off when you sign in to the site. Indeed, Netflix’s testing found that swapping stars for thumbs helped to keep viewers engaged and active on the service, with a 200 per cent increase in ratings activity.

Does that benefit you? It removes all the benefit of being able to understand the distinction between things you would definitely enjoy, things you might enjoy and things you might only enjoy watching on a Friday night while slightly tipsy. Fortunately, that’s why we’re still here, reviewing things on Netflix and giving you more than just a star rating to decide whether something’s worth watching or not. You can see our reviews here – and our recommendations of the best horrors, top sci-fi films, greatest anime, and hidden gems on Netflix UK by clicking here. 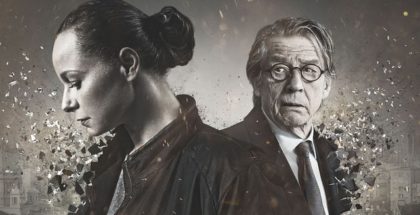