The release date for Marvel’s Luke Cage has been revealed as Friday 30th September.

Mike Colter announced the date at the premiere of Daredevil Season 2 in New York last night. While premiere dates for Netflix’s Marvel series are usually unveiled by the streaming giant through some nifty teaser trailer, Colter, who played Cage in Jessica Jones, could not wait to divulge the air date.

Speaking on the red carpet, the actor described the new season of Daredevil as “action-packed from the beginning to the very end”, adding: “Daredevil premieres March 18… I will see the fans on September 30th.”

The date places Cage’s solo debut almost a year after his first appearance in Marvel’s Jones. Not much else is known about the series so far, but we know that Cage will come into contact with Cornell “Cottonmouth” Stokes (House of Cards’ Mahershala Ali), the owner of a nightclub who becomes an archrival to Cage, thanks to his criminal activities. The rest of the show’s ensemble cast includes Rosario Dawson, reprising her role as Claire Temple, Sons of Anarchy’s Theo Rossi as Shades, a ruthless bad guy with connections to Cage’s past, Simone Missick as police detective Misty Knight and Frank Whaley as her NYPD colleague, Rafael Scarfe.

The show finds Cage trying to rebuild his life after the sabotaged experiment that left him with super strength and unbreakable skin. But he is soon pulled out of the shadows and must fight a battle for the heart of his city – forcing him to confront a past he had tried to bury.

Cheo Hodari Coker is the showrunner for the series, which is the next step in Netflix’s gradually-expanding world of Hell’s Kitchen superheroes. After Iron Fist’s premiere, the string of TV shows will eventually build up to crossover event series The Defenders.

Time Out of Mind available to watch online with digital extras 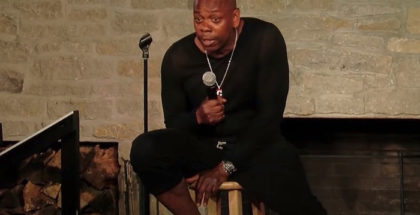