Watch: Full trailer for Justice League: The Snyder Cut | VODzilla.co | Where to watch online in UK

“Hallelujah!” fans of Zack Snyder may well have cried when HBO Max confirmed that it will release the director’s extended four-hour cut online in 2021. And the first full trailer takes that cry literally, giving us a look at the new version of the story with Leonard Cohen singing in the background.

The original film sees Bruce Wayne enlist the help of his newfound ally, Diana Prince, to face an even greater enemy. Together, Batman and Wonder Woman work quickly to find and recruit a team of metahumans to stand against this newly awakened threat – including Aquaman, Cyborg and The Flash.

That film was completed by Joss Whedon, with reshoots and rewrites leaving fans unhappy with the end result. After a campaign from fans to have the Snyder Cut released, HBO announced it would release a new, four-hour cut as a miniseries. Yesterday, Snyder took part in DC’s online event, DC FanDome, to debut the new trailer.

The video teases the new footage that will take the cut to its extended length, including big bad Darkseid, a redesigned Steppenwolf, Superman in his black costume and a glimpse of Iris West (Kiersey Clemons), who was cut from the original film.

There’s still no word yet on where the HBO Max title will end up in the UK. Watch this space for more on that. For now, here’s the trailer:

Barely a month has passed since HBO confirmed that it will actually release the Snyder Cut of Justice League, and it’s already released the first teaser of the recut film.

The new subscription service, which launched last month in the US, announced before its launch that it would be adding to its array of exclusive content one of the most hyped exclusives in recent memory: Zack Snyder’s version of the superhero blockbuster Justice League.

The film sees Bruce Wayne enlist the help of his newfound ally, Diana Prince, to face an even greater enemy. Together, Batman and Wonder Woman work quickly to find and recruit a team of metahumans to stand against this newly awakened threat – including Aquaman, Cyborg and The Flash.

After Snyder stepped down from the film, following the tragic death of his daughter, Joss Whedon was brought in to steer the remainder of post-production, ultimately rewriting and adding various scenes. #ReleaseTheSnyderCut first became a social media cry soon after and, against all the odds, has actually resulted in HBO planning to release the reworked movie as apparently originally planned.

How will it differ? Fans can find out in 2021. Until then, here’s a brief glimpse:

The new subscription service, which launches in the US later this month, is unlikely to ever arrive in the UK, with HBO already having deals in place with Sky Atlantic and co-producing a number of UK shows for American streaming, such as BBC’s Ghosts and Channel 4’s Home. Nonetheless, its launch marks another big moment in the shifting landscape of streaming media, as the industry tries to fight back against the disruption of Netflix – and, as more streaming services pop up around the world, drives the competition for exclusive and original content to even fiercer extremes.

HBO has just moved that bar to a new high with the announcement today that it will “#ReleaseTheSnyderCut”, after fans called for the version of Justice League to be unveiled.

In Justice League, Bruce Wayne enlists the help of his newfound ally, Diana Prince, to face an even greater enemy. Together, Batman and Wonder Woman work quickly to find and recruit a team of metahumans to stand against this newly awakened threat. But despite the formation of this unprecedented league of heroes—Batman, Wonder Woman, Aquaman, Cyborg and The Flash—it may already be too late to save the planet from an assault of catastrophic proportions.

#ReleaseTheSnyderCut first became a social media cry in 2017, after Snyder stepped down due to the tragic death of his daughter, and Joss Whedon was hired to steer the remainder of post-production and rewrote and added various scenes.

Rather unbelievably, the demands for the rumoured Snyder’s cut of the film haven’t abated since, and today, Snyder announced during a live online commentary of his film Man of Steel that the cut would, indeed, be released in 2021 on HBO Max.

The Justice League screenplay, according to HBO’s press release, is not credited to Joss Whedon but to Chris Terrio, with a story by Chris Terrio and Zack Snyder, based on characters from DC, Superman created by Jerry Siegel and Joe Shuster. The film’s producers are Charles Roven, Deborah Snyder, with executive producers Christopher Nolan, Emma Thomas, Jim Rowe, Ben Affleck, Wesley Coller, Curtis Kanemoto, and Chris Terrio.

“I want to thank HBO Max and Warner Brothers for this brave gesture of supporting artists and allowing their true visions to be realised. Also a special thank you to all of those involved in the SnyderCut movement for making this a reality,” said Snyder.

“Since I got here 14 months ago, the chant to #ReleaseTheSnyderCut has been a daily drumbeat in our offices and inboxes. Well, the fans have asked, and we are thrilled to finally deliver. At the end of the day, it really is all about them and we are beyond excited to be able to release Zack’s ultimate vision for this film in 2021. This could never have happened if it weren’t for the hard work and combined efforts of the teams at HBO Max and Warner Bros. Pictures,” commented Robert Greenblatt, Chairman, Warner Media Entertainment and Direct-To-Consumer.

“When Zack and Debbie shared the extraordinary vision of where Zack wanted to take Justice League, my team and our counterparts at Warner Bros. took it as a mission to solve the many issues that stood in the way,” commented Kevin Reilly, Chief Content Officer at HBO Max, President, TNT, TBS and truTV. “Thanks to the partnership at Warner Bros. and the relentless pursuit of the entire WarnerMax team we are able to deliver this incredibly exciting moment for Zack, the fans and HBO Max.”

Whether the “Snyder Cut” will ever be released in the UK, however, is another matter entirely. Watch this space for more.

Netflix’s Sandman to be set in modern day 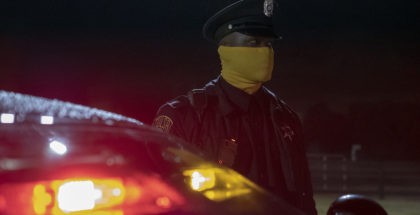