Curzon Home Cinema is hosting live Q&As with filmmakers this spring, as the UK continues to be on lockdown during the coronavirus pandemic.

The streaming service aims to bring the magic of communal cinema-going to people’s homes with live interviews with star directors undergoing their own personal isolation. Existing Q&As that have taken place since the initiative launched include Nora Fingscheidt talking about System Crasher, Mark Jenkin talking Bait and Haifaa Al Mansour talking The Perfect Candidate. Now, Curzon has confirmed the rest of the line-up, from Joanna Hogg and Tom Burke to Jesse Eisenberg, Asif Kapadia and Andrew Haigh.

Here’s who’s chatting and when:

Arm is a brutal enforcer for the Devers clan, who pretty much run criminal life in this part of Ireland. With his child growing up and a feeling that his life needs to change, he looks for a way to escape. But that’s easier said than done in Nick Rowland’s hard-hitting debut.

A model Swedish family – handsome businessman Tomas, his wife Ebba and their two beautiful children – are on a skiing holiday at a high-end resort in the French Alps. The sun is shining and the slopes are spectacular, but during lunch at a mountainside restaurant, an avalanche suddenly bears down on the happy diners. With people fleeing in all directions and his wife and children in a state of panic, Tomas makes a decision that will shake his marriage to its core and leave him struggling to reclaim his role as family patriarch.

Featuring sensational performances by Berlin Best Actor and Actress prize-winners Charlotte Rampling and Tom Courtenay, ’45 Years’ is an intimate, moving and beautifully restrained portrait of a marriage shaken to its core by things left unspoken.

The Assistant – 2nd May

The Assistant follows one day in the life of Jane (Julia Garner), a recent college graduate and aspiring film producer, who has landed her dream job as a junior assistant to a powerful entertainment mogul. Her day is much like any other assistant’s – making coffee, changing the paper in the copy machine, ordering lunch, arranging travel, taking phone messages, onboarding a new hire. As Jane follows her daily routine she, and we, grow increasingly aware of the abuse that insidiously colours every aspect of her work day, an accumulation of degradations against which Jane decides to take a stand, only to discover the true depth of the system into which she has entered.

A cinematic experience 7 years in the making about legendary American dancer and choreographer, Merce Cunningham, created through weaving together his iconic dances and never-before-seen archival treasures between 1942 and 1972 – an era of risk and discovery for Merce and his collaborators composer John Cage, Andy Warhol and visual artist Robert Rauschenberg.

Six souls embark on a historic 800 kilometre Spanish pilgrimage in this heartbreaking and inspiring documentary from directors Fergus Grady and Noel Smyth.

Director Harry Wootliff and lead actor Josh O’Connor join Mia Bays for a discussion on Only You, a compassionate debut drama about the struggles of a young couple in a vibrant romance.

Only the Animals – 1st June

Franco-German director Dominik Moll returns with another darkly funny thriller that explores the seamier side of middle-class life in the French countryside.

A man’s daughter a high school teacher who is accused of abusing her position of authority with a student. When Veronica rebuffs Jim’s attempts to secure her early release, Jim begins to take out his frustrations through his work as a food inspector.

Sue works in a library. Daniel eats crisps and listens to Metallica. This was the summer Daniel was due to spend with his father and his father’s new wife in Florida. But when they cancel his trip at the last minute, Sue and Daniel suddenly face the prospect of six long weeks together.

The director and stars of Little Joe discuss the creepy sci-fi horror about a plant that’s been engineered to make people feel happy – and a little too protective.

The Girl with a Bracelet – 2nd July

Guilty or not guilty? Delve further into French courtroom drama The Girl with a Bracelet with director and star Stephane Demoustier and Melissa Guers.

Sky-diving in to your living room at director Kazik Radwanski and the eponymous Anne, Deragh Campbell.

The director and star behind the brilliant French drama join Curzon to discuss the movie.

The story of three young men with disabilities who flee their overbearing parents for a road trip to a brothel in Montreal that caters to people with disabilities, in order to lose their virginity and embrace their independence. The film’s director Richard Wong, star Grant Rosenmeyer and the man on whose life the story is based, Asta Philpot, discuss the film.

When reserved teenager Ruth (Molly Windsor) finds a smeared lipstick stain on her boyfriend Tom’s (Joseph Quinn) mirror, she tries to find the mysterious red-haired girl. But her haunting suspicions begin to feed an obsession – little does she know something entirely different from jealousy may be haunting her. Tricia Tuttle, BFI Director of Festivals, chats to debut director Claire Oakley and Molly (Three Girls) about the psychosexual coming-of-age mystery.

The series of interviews are being streamed by the online video platform throughout the coronavirus pandemic lockdown, with filmmakers participating including Ruben Östlund, Celine Sciamma and Andrew Haigh.

On Friday 3rd April, director Haifaa Al Mansour will join the Curzon team to talk about The Perfect Candidate, which received an early digital release last week instead of its planned cinema debut.

The film sees Haifaa return to her native Saudi Arabia for a tale of one woman’s quest to challenge not only the system but also herself. A determined young doctor who decides to run for municipal council sweeps up her family and community as they struggle to accept their town’s first female candidate and watch her fight for social change on a local level.

“A stirring portrait of resistance and resilience,” we wrote in our review of the film, which is available to stream on Curzon Home Cinema and BFI Player.

Curzon Home Cinema is hosting a live Q&A with Mark Jenkin, the director of Bait, this evening.

Winner of the 2020 BAFTA Award for Outstanding British Debut, the film tells the story of a Cornish fishing village threatened by the rising tide of gentrification.

“This gorgeously filmed study of gentrification is a spiky, timely and tension-filled drama,” we wrote in our review.

The Q&A is the next in a string of new interviews being streamed by Curzon Home Cinema throughout the coronavirus pandemic lockdown, in an attempt to bring the magic of communal cinema-going to people’s homes. Future filmmakers in the series will include Ruben Östlund, Celine Sciamma and Andrew Haigh.

The Bait Q&A will begin at 8.30pm (BST) on Tuesday 31st March 2020 and can be viewed at live.curzonhomecinema.com.

Curzon Home Cinema will be hosting live Q&As with filmmakers for new releases and older titles, as the UK continues to be on lockdown during the coronavirus pandemic.

The streaming service aims to bring the magic of communal cinema-going to people’s homes with filmmakers including Ruben Östlund, Celine Sciamma and Andrew Haigh.

The initiative will see Curzon Home Cinema curate a series of films over the coming weeks, with an exclusive live interview with the director talking from their own personal isolation.

The series will kick off on Friday 27th March with the release of System Crasher (courtesy of 606 Distribution), followed by a live Q&A with director Nora Fingscheidt. The live Q&A will begin at 9pm (GMT), with Curzon encouraging people at home to watch along together from 6.45pm (GMT) – although the film will be released online on Curzon Home Cinema at midnight and available to watch at any time on-demand.

Here’s the list of films and directors taking part – stay tuned for dates and times as we confirm them.

Only You / Followed by live Q&A with HARRY WOOTLIFF 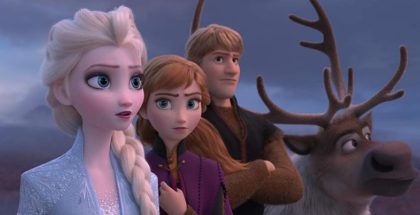