Amazon to release Coming 2 America in March 2021 | VODzilla.co | Where to watch online in UK 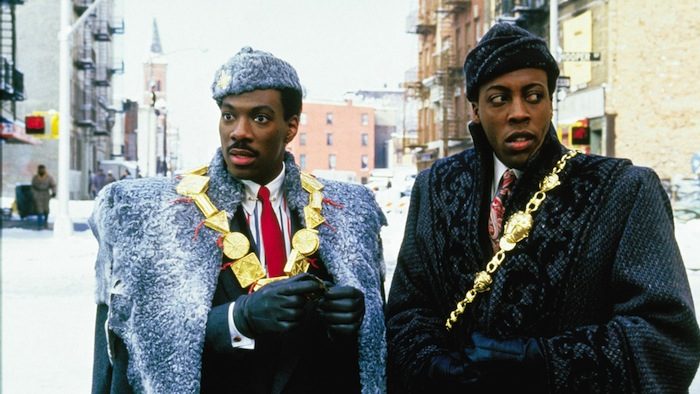 After reports last month that negotiations were firming up, Amazon Studios has confirmed it has acquired worldwide rights to the film from Paramount Pictures.

“Coming to America was a cultural phenomenon that is one of the most loved and celebrated comedies of all time,” said Jennifer Salke, Head of Amazon Studios. “Thanks to Eddie Murphy’s comedic genius along with the brilliant filmmakers, writers and fabulous cast, we couldn’t be more excited to celebrate this new adventure. We know audiences around the world will fall in love with this hilarious, joyful movie that will surely become a timeless favourite.”

“What could be better than a return to Zamunda? We are so excited for Amazon Studios to bring Eddie Murphy and Coming 2 America to a worldwide audience where they can laugh again with characters they have loved for 30 years, and meet new ones that they will love for years to come,” added producer Kevin Misher.

Amazon has reportedly acquired Eddie Murphy sequel Coming 2 America from Paramount with an eye to release the film online this Christmas.

John Landis’ comedy classic Coming to America debuted back in 1988 and saw Murphy play the charming African prince Akeem, who travelled to New York to escape an arranged marriage. He starred along with James Early Jones, Shari Headley, Arsenia Hall and John Amos. The sequel will see Prince Akeem, just as he’s about to becoming king of Zamunda, discover he has a son he didn’t know about in America – a street-savvy Queens native named Lavelle. And so Akeem heads back to America, accompanied by his loyal valet, Semmi (Hall). Along with Murphy and Hall, Jones will also reprise his role as Akeem’s father, King Joffe. They will be joined by new cast members Tracy Morgan and Jay Pharaoh.

The prospect of a sequel has long been a strong bet for Paramount, with the original comedy grossing almost $300 million at the global cinema box office. With Murphy enjoying something of a comeback in Netflix’s Dolemite Is My Name and a well-received guest host gig on SNL, the timing is ripe for a follow-up, except for one thing: the coronavirus pandemic.

Paramount has reportedly been looking at various options for releasing the film, given the uncertainty surrounding cinema reopenings, particularly in America. Rather than sell the film to its own streamer, CBS All Access, the picture has instead been picked up by Amazon Studios, in a deal that Deadline has confirmed at around the $125 million mark.

The deal is something of a coup for Amazon, with Paramount having previously sold The Trial of the Chicago 7 and The Lovebirds to Netflix, not to mention The Cloverfield Parafox and Annihilation. Paramount and Netflix have even inked a multi-picture deal for the studio to produce films for the streaming giant.

Paramount and Amazon do have history, though, having recently picked up its Tom Clancy adaptation Without Remorse, starring Michael B Jordan. Amazon is also pushing heavily into acquisitions during these strange times, recently buying the new Borat sequel and Regina King’s Oscar contender One Night in Miami.

Variety notes that the deal includes a complicated marketing tie-in with McDonalds and Crown Royal whiskey, which are expected to transfer over along with the movie. Variety also reports a likely release date of 18th December online.

Digital theatre review: What the Constitution Means to Me

You’ve been watching Love Actually wrong all these years