Amazon signs overall deal with Neil Gaiman | Where to watch online in UK | How to stream legally | VODzilla.co 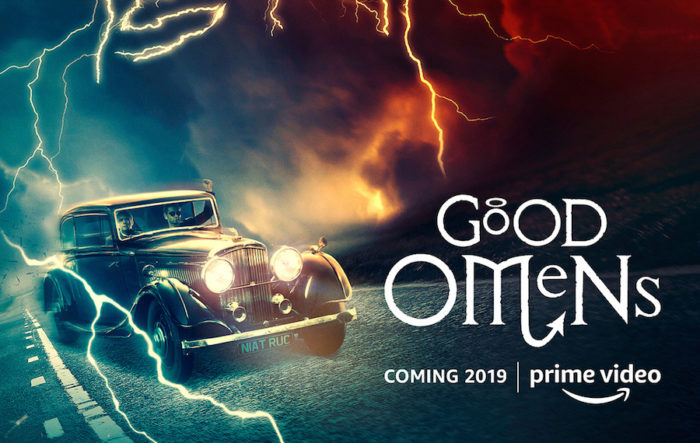 Amazon has inked an overall deal with Neil Gaiman.

Credited with being one of the creators of modern comics, Gaiman is a prolific writer whose work – including prose, poetry, film, journalism, comics, song lyrics and drama – crosses genres and reaches audiences of all ages. He started his career in England as a journalist and wrote biographies early on before creating his graphic novel Violent Cases, the first of many collaborations with artist Dave McKean, which led to Black Orchid, published by DC Comics. The groundbreaking Sandman followed, collecting numerous awards including the World Fantasy Award for Best Short Story, the first comic to ever receive a literary award. His novel The Graveyard Book, which won both the UK’s Carnegie Medal and the Newbery Medal, the highest honor given in US children’s literature, is currently being adapted for film.

For the screen, Gaiman wrote the original BBC TV series of Neverwhere, Dave McKean’s first feature film, Mirrormask, for the Jim Henson Company, and co-wrote the script to Robert Zemeckis’s Beowulf. He produced Stardust, Matthew Vaughn’s film based on his book, and has written and directed two films: A Short Film About John Bolton and Sky Television’s Statuesque. His novel American Gods, was adapted for Starz and his character from The Sandman was adapted for FOX’s Lucifer.

Most recently, he’s the Creator and Executive Producer of the Amazon Original series Good Omens, which is based on the novel he wrote with Terry Pratchett. Now, he’s making that relationship long-term, inking an overall TV deal with Amazon Studios. The agreement will see Gaiman exclusively work with Amazon Studios on the creation of series that will premiere globally on Amazon Prime Video.

“Neil Gaiman is a phenomenally talented writer, who creates worlds that are compelling, multi-dimensional and narratively unique,” said Jennifer Salke, Head of Amazon Studios, who announced the deal at Amazon’s Prime Video Presents event in London. “His fans are ardent, vocal and passionate and we are fortunate to bring his gifted vision to the Prime Video audience.”

“What decided me was how much I enjoyed working with the Amazon team on Good Omens,” says Gaiman. “They are smart, gloriously enthusiastic people, who weren’t afraid of Good Omens being different but who were as determined as I was to make something as unique and exciting as it is. I’m thrilled to know that I’ll have a home at Amazon in the future where I can make television that nobody’s seen before, that’s quite unlike Good Omens, but just as unusual and just as much fun.”