Amazon jokes around with Jack Ryan "deleted scenes" | Where to watch online in UK | How to stream legally | When it is available on digital | VODzilla.co

It’s only been a mater of weeks since Amazon’s Jack Ryan series premiered and it has already ordered a second season and snapped up a host of impressive new stars, including Noomi Rapace and Michael Kelly. If there was any doubt that the show is being positioned as Amazon’s flagship global title, the online giant has now confirmed it with released a bunch of spoof deleted scenes from the programme.

The thriller updates Clancy’s character for the modern today, framing Ryan as an up-and-coming CIA analyst thrust into a dangerous field assignment for the first time. It follows the titular character as he uncovers a pattern in terrorist communication that launches him into the centre of a dangerous gambit with a new breed of terrorism that threatens destruction on a global scale.

“Tense and story-driven, Amazon’s smart Tom Clancy adaptation serves up a suspenseful first season,” we wrote in our review of Season 1.

John Krasinski was the big draw for the show, as he takes on the lead role previously
played by stars such as Ben Affleck and Alec Baldwin. He’s supported by Wendell Pierce (The Wire) as James Greer and Abbie Cornish (Three Billboards Outside Ebbing, Missouri) as Cathy Mueller. As Amazon moves away from pilot-driven commissioning and more towards big-budget genre efforts to replicate the success of Game of Thrones, Amazon is clearly looking to anchor that strategy around Clancy – its jokey videos use the series to tie into its own Alexa products and another expensive production, The Grand Tour.

ReMastered: Netflix goes behind the hit tunes in new documentary 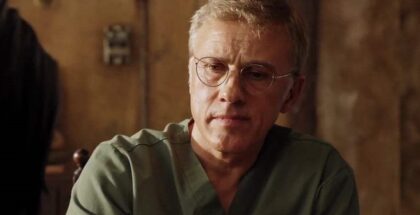