All 4 snaps up The Prancing Elites Project and Strut | Where to watch online in UK | How to stream legally | When it is available on digital | VODzilla.co

All 4 snaps up The Prancing Elites Project and Strut

All 4 has snapped up the UK rights to US docu-series The Prancing Elites Project and Strut.

The Prancing Elites Project is an uplifting, inspiring and humourous series following an African American, gay and gender non-conforming dance team, comprised of Adrian Clemons, Kentrell Collins, Kareem Davis, Jerel Maddox, and Timothy Smith. Over two seasons, we watch the loud and proud male dance team as they challenge societal norms, while overcoming several obstacles with passion and wit on their journey to be their authentic selves. The series delves into the personal lives of these five best friends in Mobile, Alabama as they fight to be accepted in the female dominated dance culture of J-Setting.

Excluded from competitions and banned from participating in several hometown and national parades, The Prancing Elites seek other ways to showcase their talent from dancing in the stands at college football games to performing on a boat cruise. Despite professional rejections, family disapproval and tensions, personal health crises and heartbreak, the group won’t let anything stand in their way as they continue to lift one another up and band together in the face of adversity. Hoping to build a name for themselves outside the walls of Mobile, this dream team is determined to see their name in lights and go wherever the music takes them.

The Prancing Elites Project will be joined by Strut, a six-part docu-series set in the world’s first exclusively transgender modelling agency. The series, executive produced by Whoopi Goldberg, follows the trailblazing lives of transgender models Laith De La Cruz, Dominique Jackson, Isis King, Ren Spriggs and Arisce Wanzer as they chase their passions of becoming household names in the fashion world, while challenging stereotypes of gender and beauty. Supporting them every step of the way are Cecilio Asuncion and Cassandra Cass of Slay Model Management, the world’s first exclusively transgender modelling agency.

Strut provides an exclusive behind-the-scenes look into the glamorous world of fashion while also revealing the realities of being a transgender model. Viewers will be invited to gaze behind the curtain as this group of five determined models navigate everything from the fashion world and their personal lives to emotional conversations with family members. As they strive to overcome hurdles in the quest to discovering their true identity, the models are faced with owning who they are – no matter the cost.

High heels, higher stakes and breaking down long-standing social barriers, the two shows will be released as box sets all at once on All 4 this October.

Charlie Palmer, Managing Editor for All 4, said: “We’re thrilled to be bringing sass, class and a whole lot of ass to All 4 this autumn. If you love RuPaul’s Drag Race and Queer Eye, The Prancing Elites Project and Strut are must-watch series.” 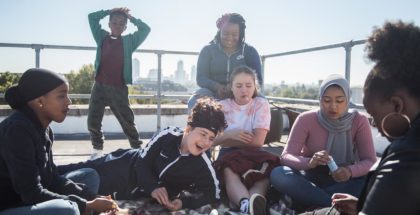 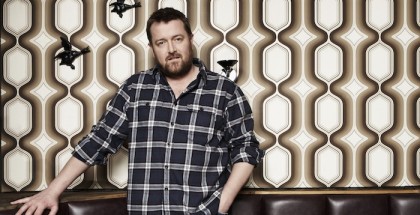