What's coming soon to Shudder UK in April 2020? | Where to watch online in UK | How to stream legally | When it is available on digital | VODzilla.co

April is halfway to Halloween, and Shudder is celebrating by serving up several seasons of binge-worthy scares and some modern horror gems to scare people into staying indoors.

After moving to a remote house in a forest in Ireland, a family notices increasingly strange sounds and occurrences. As the light falls, and with the warnings of the villagers ringing in their ears, they soon realise they have to fight to survive.

Fighting back after four years as a yakuza slave, a woman (Salma Hayek) matches wits and weaponry with a legion of killers who are out to collect the bounty on the heads of her and her family.


Cursed Films is a five-part documentary series from writer/director Jay Cheel (How to Build a Time Machine) exploring the myths and legends behind some of Hollywood’s notoriously “cursed” horror film productions. From plane accidents and bombings during the making of The Omen, to the rumored use of real human skeletons on the set of Poltergeist, these stories are legendary … but what’s real and what’s myth? Episodes arrive weekly, covering The Exorcist, Poltergeist, The Omen, The Crow and The Twilight Zone: The Movie.

David Robert Mitchell’s genuinely terrifying horror does for pedestrians what Jaws did for sharks.

Ryan Rodney Reynolds delivers one of his career’s best turns in this thriller about a truck driver in Iraq who wakes up to find himself buried alive. With nothing but a lighter and a mobile phone, his attempt to escape is cleverly written and directed to last the 95 minutes.

Kristen Stewart delivers a sensational performance in this psychological thriller, which sees her reunite with Olivier Assayas.

Proving once again that “the drive-in will never die,” iconic horror host and exploitation movie aficionado Joe Bob Briggs is back with an all-new season of weekly Friday night double features streaming live exclusively on Shudder. Over the course of ten episodes, The Last Drive-In series will offer an eclectic selection of movies running the gamut from horror classics to obscurities and foreign cult favourites along with the occasional surprise guest. Each weekly double feature will premiere on the “Shudder TV” feed Fridays, running through to 26th June.

A man searches the lake for the monster that murdered his husband, while that monster falls in love with an unsuspecting visitor.

In the second season of the hit horror series, a group of international tourists embark on the Outback adventure of a lifetime, but a chance encounter with trigger-happy pig hunter Mick Taylor (John Jarratt) sets them on a journey none of them could have imagined. With Tess Haubrich (Alien: Covenant), Matt Day (Rake), Ben Oxenbould (The Code), Laura Wheelwright (Animal Kingdom), Charlie Clausen (Home & Away) Stephen Hunter (The Leftovers) and Chris Haywood (Muriel’s Wedding). A Shudder Exclusive Series.

Without a doubt the best pregnant serial killer movie you’ve ever seen, Alice Lowe’s Prevenge is a masterpiece of maternal nightmares

A subscription to Shudder UK costs £4.99 a month, with a seven-day free trial available for new customers. 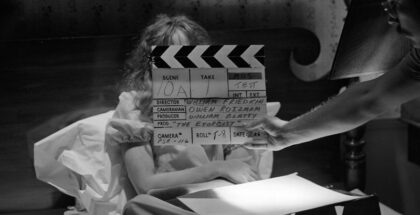