June is almost here and while many may take the hot weather and sunshine as a cue to go outside, the smart ones will be staying indoors staring at their Netflix accounts, because the streaming service has got one wet, hot summer lined up.

Impressively, a lot of it is produced by Netflix itself, as The Wachowskis’ sci-fi Sense8 arrives and Orange Is the New Black returns for another season. But with Sons of Anarchy finally riding onto the streaming site too, not to mention a female-led comedy, a young Ryan Gosling and a topless Dan Stevens, there’s more than enough to help you hide from that scary ball of fire in the sky.

Here are the top 16 new releases coming soon to Netflix UK in June:

Note: Release dates are subject to change. This page will be kept updated as new titles are confirmed.

“You know what makes you special?” best friend Nellie (Gaby Hoffmann) asks Donna (Jenny Slate). “I’m really good at folding laundry?” comes the sad reply. “No, you’re unapologetically yourself on stage.” That’s the one thing you can definitely say about the heroine of Obvious Child: Donna, a stand-up comedian, is never sorry for being her. She farts in front of people. She tells strangers about her love life. The film takes the same matter-of-fact attitude. The result is a comedy that’s adorable, amusing and, crucially, a film in which every joke is character-driven. A delight.

It’s hard to imagine a more Zach Braff-y film than Garden State. That is, until you’ve seen Wish I Was Here. Braff plays Aidan, an actor who finds himself having to rethink his life when his wealthy dad, Gabe (Homeland’s Mandy Patinkin), becomes ill and decides to keep hold of the bank funds to try and cure himself. What will his kids do without being able to attend school? What will his wife, Sarah, do, trying to support the kids while holding down a job? What about his brother, a “genius”, who spends his day making cosplay costumes to impress a girl?

Ryan Gosling caught the world’s eye with this indie drama, which sees him play an inner-city teacher, who becomes friends with one of his pupils.

After snapping up the exclusive rights to Seasons 1 to 5, Season 6 of ABC Family’s series premieres on Netflix UK, 24 hours after its US broadcast. New episodes will be added every Wednesday. (For a sneak peek, click here.)

What are Bradley Cooper, Amy Poelher, Paul Rudd, Elizabeth Banks and Molly Shannon all doing in the same film? It’s been hard for UK audiences to find out, as David Wain’s 2001 summer camp flick was never released in cinemas or on DVD here. Before Netflix reboots the comedy for a limited mini-series in July, the VOD service gives us a chance to get acquainted with this cult favourite, which sees the counselors at Camp Firewood trying to enjoy the last day of the season.

Eight strangers around the world become connected to each other in The Wachowskis’ new sci-fi series, all 12 episodes of which kick of Netflix’s blockbusting summer of original content. For more information, head this way.

Sly Stallone and co. try to top The Expendables 2 with this overblown action sequel, which sees a younger generation of invincible heroes step up to help defeat a bad guy played by – yes – Mel Gibson.

Litchfield’s ladies are back for more drama and giggles, from Red and Crazy Eyes to Taystee, Poussey, Sophia and Big Boo. And, of course, Pennsatucky. The biggest return, though, belongs to Alex (Laura Prepon), who is reunited with Taylor Schilling’s Chapman.

Sin City: A Dame to Kill For – Monday 15th June

This sequel to Frank Miller and Robert Rodriguez’s graphic novel-based anthology, Sin City, sees Eva Green slide into the monochrome world of violence and sex. She fits right in, along with Joseph Gordon-Levitt, even if some of the other story lines don’t quite work.

The first BBC TV drama to feature dialogue in both English and Welsh, Hinterland stars Richard Harrington as DCI Tom Mathias, a cop who arrives in Aberystwyth after 10 years working at the London Met.

Based on the novel by James Franco, Palo Alto sees Franco play a soccer coach who hits on one of his young students. Gia Coppola’s film, though, opens up the ensemble drama to create an affecting, sincere portrait of youth in California, with a cast that includes Jack Kilmer, Nat Wolff and a stand-out turn from Emma Roberts.

When teenager Jarvis Raines suddenly becomes CEO at Knickknack Toys, he realises he’s going to need some help to make the company a success. With the help of his school friends, the group try to create some of the coolest new toys.

Netflix will premiere the series – part of its 2015 line-up of original kids’ content – in all territories, except in Canada, where it is currently the No.1 programme on YTV.

Before Jason Statham remade it for a 2011 actioner, Charles Bronson starred as a professional killer in this 1972 thriller. He’s cool, tough and lethal. But the best thing about him? He’s called Arthur Bishop.

Welcome back your favourite flying heroes with DreamWorks Dragons: Race to the Edge, an all-new Netflix original series from DreamWorks Animation.

Family favourites Hiccup and Toothless are back and on a mission: to change the world. Race to the Edge will see the duo discover the Dragon Eye, an ancient artifact that unlocks secrets. But soon after the friends are targeted by hunters, who will stop at nothing to steal their treasure.

Liz Garbus’ documentary continues Netflix’s original summer line-up with a look at the legendary singer on and off stage, interweaving never-before-heard recordings and rare archival footage together with Nina’s most memorable songs.

“Mrs. Peterson?” asks the stranger on her doorstep, after ringing the bell. “My name’s David, I knew your son.” You’re Next director Adam Wingard continues his streak of entertaining 80s throwbacks with this thriller, which stars Dan Stevens as a former soldier who inserts himself into the life of an unsuspecting family.

Added early: Saturday 6th June
After kidnapping a rich property developer’s wife and holding her for ransom, two small time crooks discover that their plan has a major flaw in this average, but entertaining, adaptation of an Elmore Leonard story, starring Tim Robbins and Jennifer Aniston. 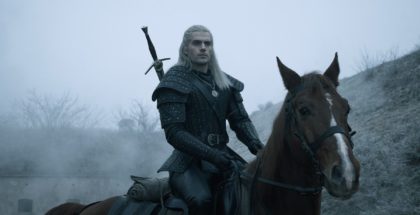