MUBI Go is in full swing once again this week, offering a free cinema ticket to see the classic La Haine in participating UK cinemas.

At home, the streaming service continues to showcase the work of Naomi Kawase, the youngest winner of Cannes’ Caméra d’Or award for best new director in 1997, while there’s also an ongoing chance to look back at Marguerite Duras’ career and remember the brilliance of Kaurismäki. And, most exciting of all, is the exclusive online release of the new short film by Mati Diop, made under lockdown, hot on the heels of its premiere at the Venice Film Festival.

From Naomi Kawase comes this feel-good tale of friendship between people running a bakery that implores us to remember the simple pleasures in life.

Taking inspiration from The Three Women, a 1951 photo by Lucien Hervé, Marcell Ivanyi’s short asks what might lie outside the frame. This 360 degrees exploration of a scene imagined occurs in the remote countryside, where three women witness an unsettling event.

Ingrid Bergman: In Her Own Words – 15th September

Whether headlining films in Sweden, Italy, or Hollywood, Ingrid Bergman always pierced the screen with a singular soulfulness. This documentary allows us access to her world, culling from the most personal of archival materials, including letters, home movies, but also interviews with her children. Already available to stream

The wife of a disgraced French diplomat suffers from a “leprosy of the soul,” another term for ennui. Through a mélange of off-screen gossip, we learn of Anne-Marie’s scandalous conduct in 1930s India and her eventual fate, engendered by boredom, colonial guilt, and a string of meaningless affairs. Currently available to rent

Set on the fringes of an unspecified war, Lena returns home from Moscow to her mountain village in the Caucasus to try to persuade her grandparents to leave.

Outcast by his co-workers and living alone, the solitary Koistinen is a security man who becomes involved with the ice maiden femme fatale Mirja, who breaks his heart and draws him into major crime. He then finds his position, loneliness and yearning exploited by Helsinki’s criminal elements. Already available to stream

Right after its Venice world premiere, this new short by Mati Diop gets an exclusive MUBI release. Shot in her Paris studio during lockdown and based on recordings of her grandmother, Diop creates a melodramatic home movie that playfully blends themes of womanhood, transmission, and freedom.

Vietnam, 1970. Captain Willard takes a journey upriver to assassinate Colonel Kurtz, a once-promising officer who has gone completely mad. In the company of a Navy patrol boat filled with street-smart kids, an Air Cavalry officer, and a freelance photographer, Willard ventures into enemy territory.

The golden age of the Soviet space programme is full of cosmic brutality, also towards man’s best friend. The most famous of them all is the street dog Laika, who according to local legends is still roaming the streets of Moscow like a ghost to forever remind us of the horrors of animal testing…

Have you ever dreamt of a film where Isabelle Huppert, in the guise of a youngster heroine, sweeps through bowling alleys and ritzy Japanese hotels? This late work from Joseph Losey is for you.

A family’s peaceful existence is threatened when a busy highway is opened right next to their isolated property in Ursula Meier’s 2008 drama. As the sounds and fumes of the modern world begin to fill their home, the family becomes disorientated, and each of its member finds themselves pushed to dangerous extremes.

American dancer Isadora Duncan is famous not just for her groundbreaking work, but also for the tragic death of her two children in 1913. She processed her grief in “Mother”, a choreography about loss and emptiness. A century later, a trio of women attempt to understand and bring this piece to life.

On the Japanese island of Amami, despite lacking parental guidance, 16-year-old Kaito and his girlfriend Kyoko try to find their place in the world. While Kaito suffers from the absence of his father, who moved to Tokyo after his birth, Kyoko must come to grips with her mother’s terminal illness.

MUBI’s triple bill of films by Naomi Kawase kicks off with this gentle yet wholly absorbing look at the passage through grief and the bonds that unite us.

Each night in Paris, hundreds of men and women anonymously use telephone lines that date from the German Occupation and are no longer listed to talk to each other, to love each other. These people, shipwrecked lovers, are dying to love, to escape the abyss of solitude.

Xavier Dolan’s latest follows Matt and Max, two childhood best friends, are asked to share a kiss for the purposes of a student short film. Soon, a lingering doubt sets in, confronting both of them with their preferences, threatening the brotherhood of their social circle, and, eventually, changing their lives.

This cinematographic portrait originates in 3,000 drawings made by the Waimiri-Atroari, a people native to the Brazilian Amazon. The drawings are animated onto landscapes and sights, serving as a visual memory of the violent attacks they were submitted to during Brazil’s military dictatorship.

A Couch in New York 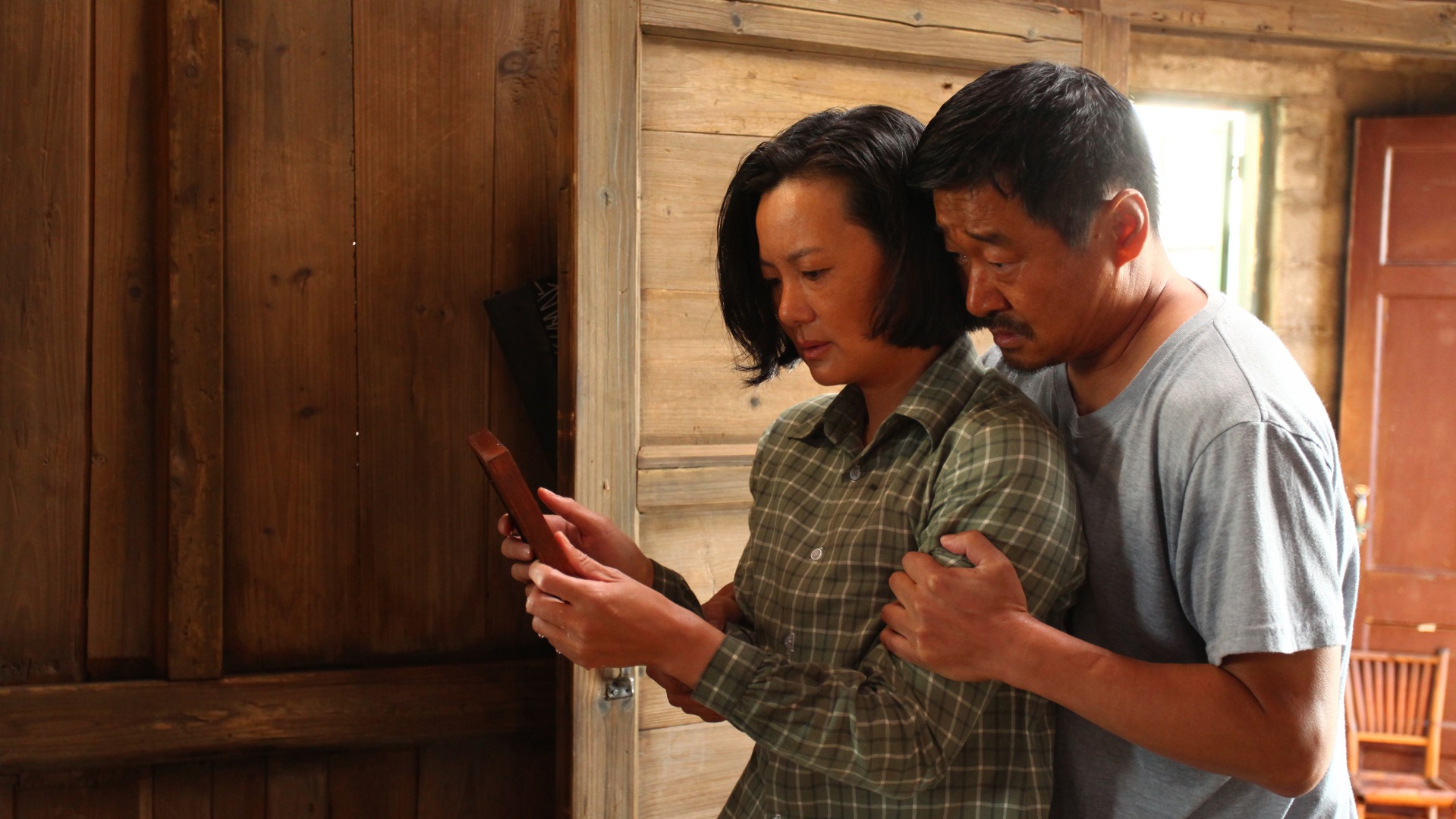 So Long, My Son

China’s one-child policy is the historical backdrop for this sweeping chronicle of family and loss, a journey at once intimate and epic between a tragic past and a resilient present. Read our full review

In this unprecedented look at Ai Weiwei, Klayman’s camera captures his forthrightness and unequivocal stance. She gives a larger picture of the artist as an individual, a symbol of China’s oppression, and a powerful voice against a country that still denies its citizens many basic freedoms.

Almodóvar: All About My Mother

Following the tragic death of her teenage son, Manuela travels from Madrid to Barcelona in an attempt to contact the long-estranged father the boy never knew. She reunites with an old friend, an outspoken transgender sex worker, and befriends a troubled actress and a pregnant, HIV-positive nun.

Almodóvar: Tie Me Up! Tie Me Down!

Hot off the major success of Women on the Verge of a Nervous Breakdown, Almodóvar switched gears to take his melodramatic style into more dangerous territory – accompanied by by a score from the late, great Ennio Morricone.

Víctor falls hard for Elena, but she doesn’t reciprocate his feelings. She does, however, have feelings for David, a policeman who arrives to break up an argument between her and Víctor. That encounter however takes an unexpected turn that leads these characters down a dark, twisty path in Almodóvar’s 1997 drama.

Two boys, Ignacio and Enrique, know love, fear, and abuse in a Catholic boarding school in the 1960s. Father Manolo, the headmaster, is witness to and part of these discoveries. The three meet again many years later, and their past actions and new lives intertwine in creative and destructive ways.

Almodóvar: Talk to Her

Benigno is infatuated with Alicia, a dancer he watches from the anonymity of his apartment. After an accident, she is brought to the hospital where Benigno happens to be her caregiver. When wounded bullfighter Lydia is brought into the same ward, her companion, Marco, bonds with Benigno in the most unexpected, moving, disturbing ways.

Paul Verhoeven’s sleazy showbiz drama about a dancer trying to make it in Vegas is terrible or brilliant, depending on who you ask – or is it both? 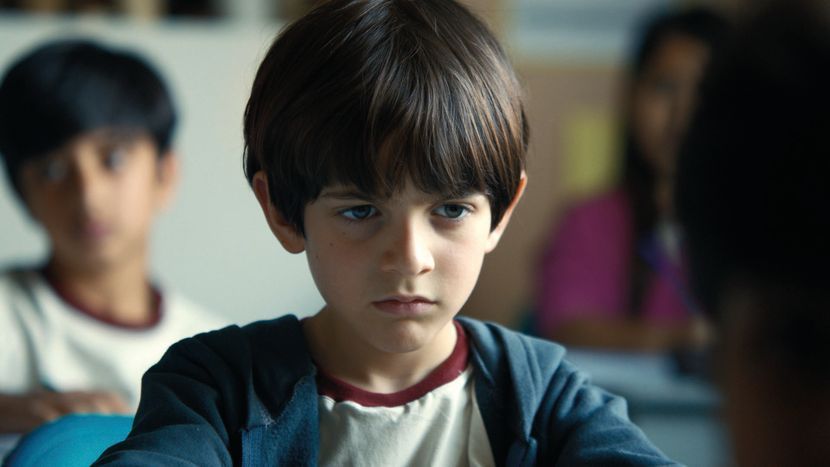 Set in São Paulo, the film follows Clara, a lonely nurse from the outskirts of the city who is hired by mysterious and wealthy Ana to be the nanny of her soon to be born child. Against all odds, the two women develop a strong bond. But a fateful night marked by a full moon changes their plans. MUBI’s focus on new Brazilian filmmaking continues with Marco Dutra and Juliana Rojas’s excellent 2017 fantasy horror. Read our full review

This tender portrait of drug users residing in a hostel-turned-social housing project is a tough yet hopeful act of cinematic communion. Deeply devoted to its subjects, but also providing space to bring them closer to each other, Let It Burn absorbs great emotion, culminating in musical release.

A group of friends from São Paulo go on a trip to a remote beach. While they wait for the new year’s eve, they build a safe and pleasant environment through music and friendship. They take care of themselves, they own their bodies, their sexuality, their memories and they feel free. MUBI continues its spotlight on new Brazilian cinema with this 2019 short documentary.

Brazil: Once There Was Brasilia y

In 1959, disgraced intergalactic agent WA4 receives a mission: to come to the Earth and kill the president Juscelino Kubitschek on the day of Brasília’s inauguration. But his ship is lost in time and lands in 2016 in Ceilândia—a Black suburb of Brasília—on the verge of Dilma Rousseff’s impeachment.

Brazil: Seven Years in May

Affonso Uchôa’s follow-up to the great Araby_, which he co-directed, is a fierce indictment of police violence. His new film catches up with a displaced victim and listens to his story—a lived, personal experience—with profound compassion. A devastating finale evokes resistance in the face of death.

Brazil: The Blue Flower of Novalis

Marcelo, a dandy of about 40 years, has a memory like no other. Monologuing between coffee and hookups, he holds court on a wide range of topics: his HIV status, his Catholic grandmother, and his unusual sexual fantasies. At times, he takes himself for Genghis Khan or poet-philosopher Novalis.

The Day After I’m Gone
Available until: 16th September

Tell Spring Not to Come This Year
Available until: 17th September

Trailer: Ghosts returns to BBC One for Season 2 this September