New releases and coming soon to MUBI UK this week (6th September 2015) | Where to watch online in UK | How to stream legally | When it is available on digital | VODzilla.co 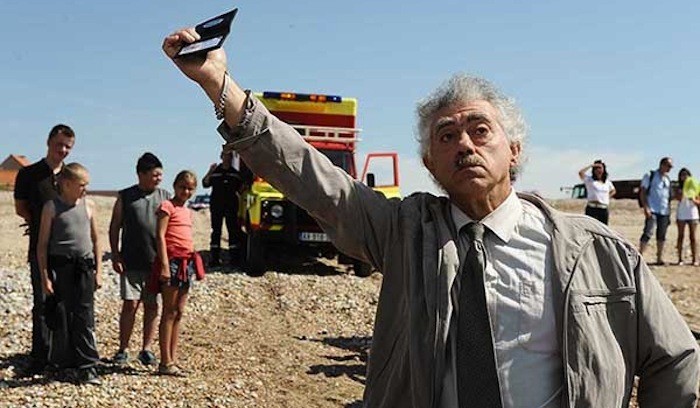 Not getting your art house fix from Netflix? Wish there were more indie films on Amazon Prime? Every week, we round up the new releases on MUBI, a subscription VOD service that hand-picks films from around the world and adds one a day, with each film available to stream or download for a month. (Current titles include Boyz n the Hood and The Mist.)

Anybody who’s anybody in the fashion world knows who Anna Wintour is. The Vogue editor-in-chief is the focus of RJ Cutler’s film, which joins a long line of fashion documentaries attempting to give us a behind-the-scenes insight into the industry.

Director Tsai Ming-liang returns home to Malaysia for this film, which sees a brain-dead patient cared for by a young woman and a homeless man cared for by a migrant worker from Bangladesh.

As 45 Years wows audiences both in cinemas and on VOD, Andrew Haigh’s debut film, from all the way back in 2009, arrives on MUBI. Greek Pete follows a male prostitute aiming to make as much money as l possible, the kind of oft-overlooked subject that Andrew Haigh has made his speciality.

MUBI begins a back-to-school weekender with Ryan Gosling’s Oscar-nominated turn in this 2006 drama, which sees him play a teacher who is caught in a compromised moment by one of his pupils. The actor’s performance overshadows any minor flaws in Ryan Fleck’s film, making it a must-see for fans of hot men, education and facial hair.

Trust MUBI to continue its back-to-school weekender with the least appropriate school-themed flick to show your kids. Once the tykes are in bed, curl with Henri-Georges Clouzot’s classic 1955 revenge thriller, which you should know as little about as possible before viewing.

MUBI rounds off its back-to-school weekender with Greg Mottola’s likeable slacker comedy about two friends in high school, who try to get booze to hold a party. Male-driven and shallow, it’s the performances from Jonah Hill and Michael Cera (plus Seth Rogen and Bill Hader as two cops) that bring laughs.

Originally released in its native France as a four-part miniseries but put into cinemas in the UK as an uncut 200-minute film, Bruno Dumont’s P’tit Quinquin is almost too bizarre to describe. It’s like Spike Milligan rewrote Broadchurch and spliced it into a Ken Loach-esque social realist drama. Enjoy it in its original form with the first of four episodes (the rest are on the way to MUBI later this month). Read our full review.

Eroticism and philosophy don’t always go hand in hand, but you can find them both in Jean-Claude Brisseau’s 2008 drama about a young woman in search of the ultimate orgasm.

With Tokyo Tribe recently appearing on MUBI, it’s the perfect time to get acquainted with more of Sion Sono’s back catalogue. Here, he examines the impact of a nuclear power station explosion and earthquake upon a fictional Japanese village.

An air freight company trying to win an important contract by risking the pilots’ lives hardly sounds like gripping cinema – until you add Howard Hawks and Cary Grant into the mix.

The Curse of the Jade Scorpion – Friday 11th September

One of Woody Allen’s weakest films? Revisit the 2001 comedy on MUBI to see whether the tale of an insurance expert and efficiency consultant hypnotised into stealing jewels can make you chuckle.