Don, Pete and Peggy are back where they belong, up against it and thriving.

In times of hardship, families stick together. All the old faces return for the first time this season in Episode 6, as Peggy, Pete and Don are confronted with the same problems.

Don returns to his roots as television’s best-dressed genius. It feels as though the equilibrium is restored as he rejoins the workers; even when he was a creative director, he preferred to be among them, encouraging and challenging others. Peggy and Pete adjust accordingly.

Peggy is troubled by her pairing with Don, allowing Elisabeth Moss to produce a warm and precise performance. Her relationship with Don evolves as it always does; they need and love one another. Pete is still annoying. Flashing his new girlfriend around while ignoring her needs, Vincent Kartheiser has always perfected his slimy, pathetic networking, but ensures he still has the ability to be adored. He’s an angry teenager with an executive office.

Elsewhere, the remaining partners are forced to confront a serious loss of business – the biggest since Lucky Strike – with a silver lining only visible to Roger Sterling. Everyone’s favourite account man is opposed in this episode by everyone’s least favourite: the mysterious Bob Benson returns with grave news and a present for Joan. His erratic behaviour and sycophantic smooth talk prove problematic as his secret is revealed; he could be too dislikeable to feel sympathy for.

As the final shot of The Strategy retracts, the message is clear: Don, Pete and Peggy are back where they belong, up against it and thriving. With possible hints at a car and a tobacco company, this could be exactly the boost that SC&P (and Don) need. There is only one chapter left in this part of the final season. What – and who – will be left after that?

Mad Men: Season 1 to 7 is available on Netflix UK, as part of an £8.99 monthly subscription.

VOD film review: Made in America 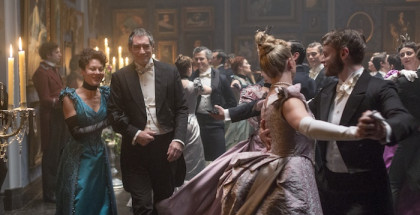