VOD film review: Still Life | Where to watch online in UK | How to stream legally | When it is available on digital | VODzilla.co

A moving, understated drama with a terrific central performance from Eddie Marsan.

Directed by Uberto Pasolini (producer of The Full Monty), Still Life is set in present day South London and stars Eddie Marsan as John May, a 44 year old council worker whose job is to trace the relatives and friends of people who have apparently died alone. A quiet, unassuming man, Mr. May (as almost everyone calls him) is devoted to his job, writing eulogies from the clues he finds in the homes of the deceased and organising funerals, even though he is frequently the only mourner in attendance.

However, the equilibrium of May’s meticulously ordered life is upset by two events: first, the discovery that his latest case, Billy Stoke, died alone in the flat directly opposite his, prompting him to reflect on the loneliness of his own existence; and second, he learns that, owing to council down-sizing, he is losing his job and Billy Stoke is to be his final case. Determined to give Stoke the best possible send-off, May dedicates himself to finding as many of Stoke’s friends and relatives as possible, including his estranged daughter, Kelly (Downton Abbey’s Joanne Froggatt), whose childhood photo he found in a battered photo album.

It’s always a pleasure when a treasured character actor is handed a gift of a lead role (see also: Richard Jenkins in The Visitor) and Marsan delivers a quietly dignified, kind-hearted performance that is extremely moving. There’s also strong work from Froggatt, who’s remarkably effective in her small handful of scenes and generates warm chemistry with Marsan; the way May responds to Kelly’s company is one of several nicely observed touches.

Pasolini has a sharp eye for detail, aided by production designer Lisa Marie Hall and cinematographer Stefano Falivene. In particular, there are several drily funny moments, such as the look on May’s face after a blind man prepares him a lunch of a can of tuna and a slice of toast, exactly the same lunch May makes for himself every day. The script is similarly adept at savouring the tiny changes in May’s life, such as trying hot chocolate instead of his usual cup of tea, or swapping his shirt and tie for a warm jumper.

The film has a distinctly bittersweet edge, most notably in the depiction of May’s work environment – it goes without saying that his diligence is unappreciated by his boss (Andrew Buchan) and there’s a heart-breaking moment when May spots his replacement doing a terrible job, unceremoniously dumping the ashes of all his unclaimed cases.

The only real problem with Still Life is that it’s let down by a frustrating tonal mis-step in the final moments, ditching the effectively understated nature of the rest of the film in favour of mawkish sentimentality that feels like it belongs in a different film. Nonetheless, this is an emotionally engaging and effectively understated drama with a terrific central performance from Eddie Marsan.

Still Life is available on BritBox, as part of a £5.99 monthly subscription.

Where can I buy or rent Still Life online in the UK? 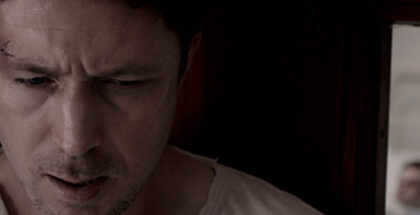