VOD film review: Life | Where to watch online in UK | How to stream legally | When it is available on digital | VODzilla.co

All muscle. All brain. All eye. That’s how the first sign of extra-terrestrial life is described in Life. Snapped up on Mars and nurtured on the International Space Station, we know immediately that this decision will be a terrible one. In no time at all, it’s evolved from a single-celled organism to something bigger, stranger and more dangerous. The crew do the only rational thing: they name it Calvin.

There’s a wonderful inevitability to the whole set-up: in a post-Alien, post-Gravity, post-Sunshine world, nobody bothers to pretend that things might turn out well or that everyone will survive. Of course, the humans are too dumb to be aware of what will happen to them. Of course, the alien is a malevolent, powerful creature that can kill at a moment’s notice. Of course, it will escape the medical bay and find its way through the ventilation system into the rest of the craft. Of course, they named it flipping Calvin.

But while Life might seem a derivative beast, the film smartly turns that familiarity into its strength: writers Rhett Reese and Paul Wernick (no strangers to playing with pop culture tropes, having penned both Zombieland and Deadpool) introduce Calvin and all our key players within a brisk quarter of an hour, wearing their influences on their sleeve so that they can get on with having fun. The human characters are as cardboard cut-out as they come, from the de facto leader David (Gyllenhaal) and the kind-hearted Miranda (Ferguson) to the wise-cracking Rory (Reynolds) and the foolishly sentimental scientist Hugh (Ariyon Bakare). But keeping exposition to a minimum means more time to spend with the real star of the show: Calvin himself.

Director Daniel Espinosa and his team bring the menacing blob to life with superb visual effects. Like the film’s title, there’s a chilling simplicity behind the monster – and it’s that single-minded, ruthless drive that powers the movie’s narrative along at a visceral pace. There’s a thrilling grey area between genre expectations and the unpredictable nature of what might happen next and Life mines it for every inch of suspense. Calvin grows so rapidly that the script has to evolve repeatedly to find the right scenario in which he can offer maximum spooks, and each new iteration brings with fresh, vivid horrors; clinging, stretching, spinning, sliding, grabbing, undulating, strangling and invading, Calvin’s actions are fluid and precise with a cruelty that doesn’t lose its edge. The fact that his body is mostly translucent only makes the barely-visible torture beneath his limbs all the more disturbing.

The whole production is geared around making him as disturbing as possible. Setting the whole thing on the ISS gives it a zero gravity vibe that enables Calvin to swim through the air like the underwater sequence in Alien, while breathless exterior set pieces ensure the outside of the craft becomes as important as the inside. Espinosa helmed the Swedish thriller Easy Money (Snabba Cash) and his same knack for hooking audiences is firmly on display, balancing the grim, physical injuries that pile up with Reynolds’ comic relief. But positivity and hope have no place here; in this universe, people can hear you scream, but it makes no difference. Life, no matter where its from, will find a way. Grim, nasty and gripping to the last, Life brings new terror to old tricks – it’s a lean, mean sci-fi horror that’s too busy being scary to care about who else has done it.

Life is available to watch online on Amazon Prime Video as part of a Prime membership or a £5.99 monthly subscription.

Where can I buy or rent Life online in the UK?

Interview: Takashi Miike talks Blade of the Immortal, Audition and being lazy 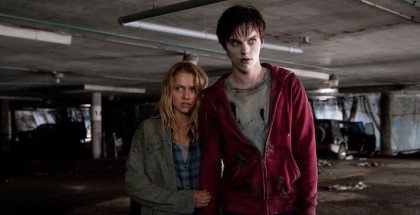