Interview: Takashi Miike talks Blade of the Immortal, Audition and being lazy | Where to watch online in UK | How to stream legally | VODzilla.co

Interview: Takashi Miike talks Blade of the Immortal, Audition and being lazy 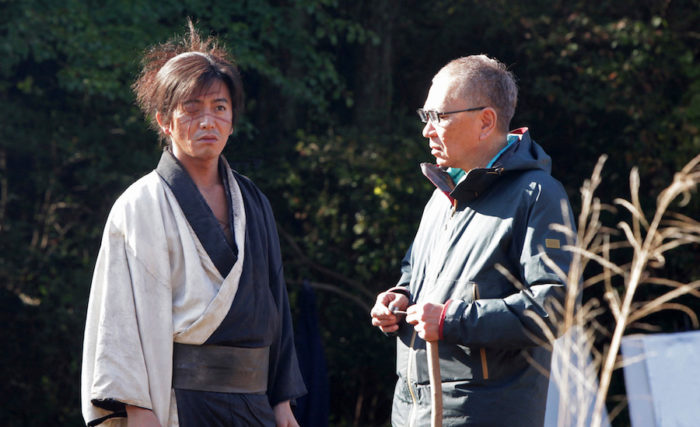 Takashi Miike is one of the world’s most prolific directors, with movies stretching back decades from Ichi the Killer to Audition (available on BFI Player+). This year, hot on the heels of a retrospective on subscription streaming service MUBI, Miike reaches the big 100 with his centennial film, Blade of the Immortal. As the samurai slashing epic hits cinemas, we sit down around a table with the legendary filmmaker to quiz him on adapting manga for the screen, give him a card featuring Audition’s Asami, and find out why he thinks of himself as lazy.

Thank you for allowing us to talk to you, it’s a great honour. You’re not a stranger to adapting manga into live action movies. Could you talk about the pleasures and difficulties of translating manga, specifically Blade of the Immortal, which is quite a big manga and condensing it down to a feature film?

This is obviously a big long story and there’s so many characters and each character has different stories and it’s a long y’know… sometimes it veers of into one character and then the protagonist doesn’t appear for a long while, it does happen. When I read it, I could see that it is the story between, the main story of, Manji and Rin and we started making it into a series, one or two out of the whole… I felt instinctively that this should be condensed into just one and the original story is about eternity, immortality, but I felt it should be treated in one moment, one film. That’s how I instinctively felt.

What attracted you to Blade of the Immortal as a subject for adaptation?

Rather than myself choosing the manga to film, I think it’s the mangas and the source material that choose me, I think they come to me, rather than I myself choosing what to make. I think it just happens that way, y’know, people say this should be made by me, people say that and maybe that’s how it happens. This story, I think, the artwork is so beautiful, I think for this manga particularly the story itself is just a tool for showing off the artwork, that’s how I felt. The moment to moment depicted by the artwork is so good and especially some of the moments of death, when somebody is destroyed, such beautiful artwork when someone’s dying, especially the villains. They’re villains but they’re humans so there are… they’re not just 100% pure evil, it’s very… you sympathise, I feel very sorry and I feel for the villains and them being killed and you think “Oh, that’s terrible”, but there’s a beautiful moment in their death/destruction and I think it’s the beautiful artwork that really attracted me…

What was it like building the set of Kyoto, which was such a vast undertaking? The ageing of the wood and all the processes of building the whole set.

The last battle scene was new, we had to make that little hut and the big… that last scene was somewhat new, but most of the other bits were filmed at a studio, a film studio in Kyoto, which has a period set, a special set. But, because their studio set is normally used for TV drama set in a period, they don’t look old, they look like new for those TV filmings. We had to make it look old and so my set designer used to be told off by the studio managers… It’s a period set not used very much, there aren’t that many in Japan, but I think it was great fun.

You were saying about the character Rin and how he was a villain. One of the things I most like about your films is that you always manage to balance this sort of outrageous, over-the-top action with quite sympathetic characters and you like characters that are outside characters and they don’t seem to fit into their environment and they wander about from place to place quite a lot. How do you achieve this?

I used to watch lots of films when I was small and I’ve always enjoyed watching villains, not the hero but the baddies were more attractive to me. I think they’re more human to me. I think audiences somehow probably enjoy watching bad people doing bad things. I think there’s an amount of that. Even in this film, the protagonist is a dark hero, he’s not good at all. He’s been doing bad things, he’s killed many and he’s done wrong things, so it’s not straightforward anyway. I think the way people behave, that’s what makes people people, humans. You don’t have to explain for every character why they are like that but I think doing bad things is very human and I think I can see you don’t have to explain why they are like that, but when I read things or even reading a script, I feel more for the baddies than for the hero. I’m naturally attracted to the bad characters and if the bad characters are purely just bad, I feel they need more humanity put into them and sometimes I add, adapt some characters to make them more interesting… If a story or a film just had only good people in, it’s not fun to watch. It’s really not a good story at all. I think in life too, even if you think you are right, from others’ point of view, it could be wrong. 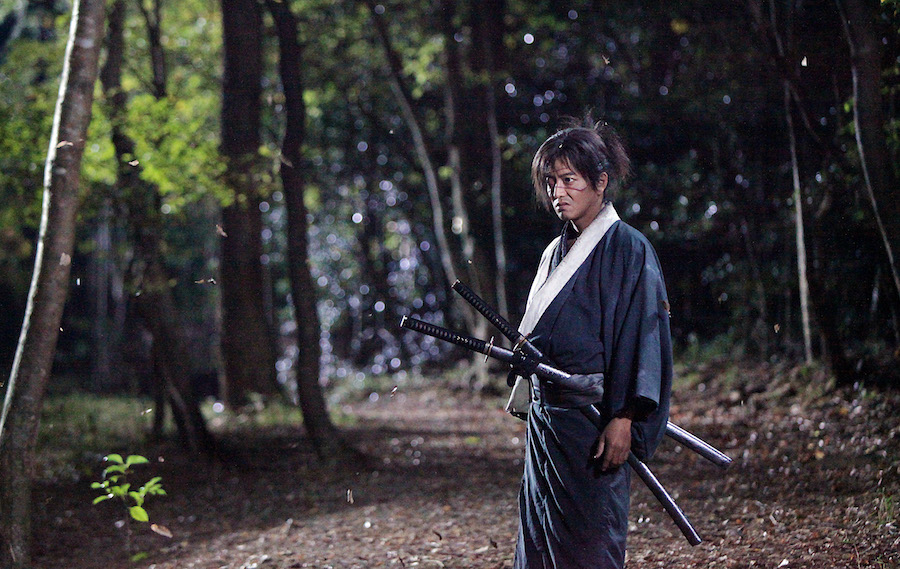 Going back to the final fight scene, firstly, what was it like to film it because it’s an epic, crazy scene? Second of all, you’re often typecast as a very violent director. Do you believe that you have a responsibility to keep violence realistic even if the extent of it verges on the comical?

It was really hard to film, but that made it fun because it was so hard… I think the actions are dictated by the characters themselves, not what I dictate to the characters. I know they’re not real, they’re obviously imaginary characters, but when you think about them and what they would do, that dictates how they would move and what they would and action is dictated by them rather than by myself directing. I can imagine that character would say ‘no I can kill more’. How would I kill if I was him? He would maybe, he can do more. That’s how I can see it. It’s not myself directing the characters, they move themselves in a sense.

Talking about how the evil villain characters are usually more interesting… audiences can sometimes perversely root for them, it’s been about ten years since Audition came out and Asumi is one of the great villain characters. How does it feel reflecting on that from a whole decade later?

She was a very important character for me. In the original novel, I think she’s there but being played by that actress, she realised… a lot more scary than the original novel. She really completely personified that fear and it’s somebody that… It’s a fear that every man would probably see in her and somebody that wouldn’t want to meet in real life. She was really scary as the actress playing the act. She obviously lives on like in your card and yes I think she was quite an important role.

It was quite a big film in this country and came out with ringu and lots of other Japanese horror movies and people went ‘wow, this is like a new wave of Japanese cinema’. Was it as big in Japan?

Not so much, it was actually very small. It’s a lot more well known overseas than Japan. 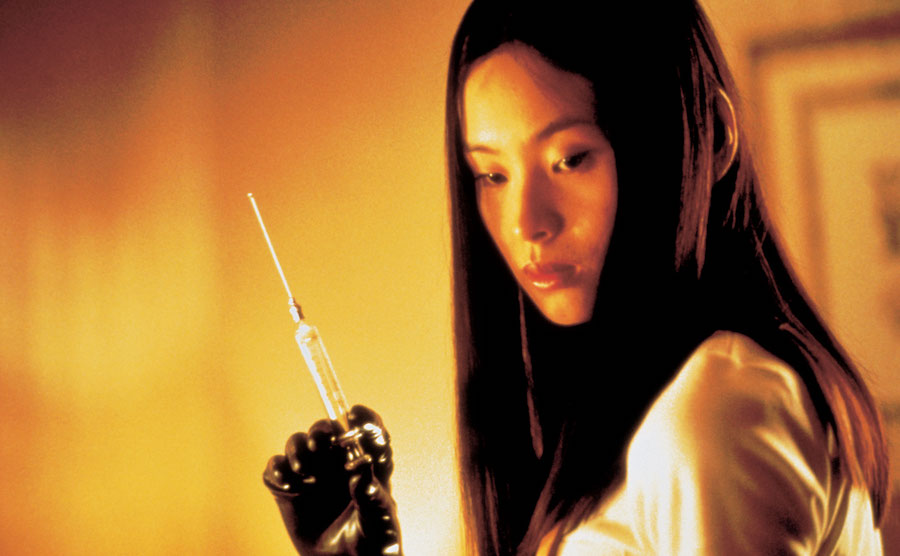 You direct a lot of films, putting it mildly. How on earth do you decide which projects to get involved with and at what point in the film’s production do you get involved with that film? Do people approach you, or are there any projects you have that you go ‘that’s what I need to do’?

After I finish filming a film, all I want to do is do nothing. Because I do nothing, people do come and approach me… So the people who have things to do, “I want to do this, I’m going to do that”, I think those people are perceived as very busy by the people around.

I think there are obviously directors who have a specific thing they want to do and… I think someone like that can be perceived by producers and others – oh, I’ve got this thing I want to do but he probably won’t want to do, so there are differences and different approaches possibly. To have that passion that you really want to make, I think that requires a lot of energy, you need to use a lot of your energy for that, but being very lazy and look as if you don’t have anything to do… I think it makes it easier to approach me maybe. There are so many film companies and producers anyway in Japan with money and they want to make a film. Yes, I have a few projects, there are things I do want to do, but I don’t spend my energy… I don’t waste my energy insisting on those and so people approach me and my job is to take that and make a good film, I do what I need to do and give it back to the producers… It’s not something I recommend to everybody, it’s not how I would recommend to make films. This is how I have.

You always find something that someone would say ‘oh that’s very Takashi Miike’ in terms of a character or particular scene.

You could say it’s very Miike, and you know me. There isn’t anything, I don’t like to waste my energy putting my image, my stamp on stuff. I think something like this… the original source and story, I think it’s disrespectful to actually project my own feeling and my own thinking and my own stamp, I think that’s wrong. As a director, I feel I’m just a vessel in which people put in all their stuff and when I’m making a film I work so hard, I lose myself and when you actually completely lose myself and immerse myself in that project, I think that’s when whatever I have comes out unconsciously. It’s not consciously done and that’s how I work with all my work. Maybe that’s how it comes out, but I wouldn’t dare think of putting my own mark on any of the projects. It never has happened like that.

It’s like handwriting, your handwriting will naturally represent you to some degree.

On the way back home from seeing Blade of the Immortal how do you want the audience to feel?

It’s nothing very obvious and direct but I think we all live and our time is limited. We don’t know when but it’s a finite time that we all have, which is sad, but because it’s sad, we need to be happy about now. I think that’s how I’d like people to feel.

Blade of the Immortal is available on All 4 until 5th October 2021.

Where can I buy or rent Blade of the Immortal online in the UK? 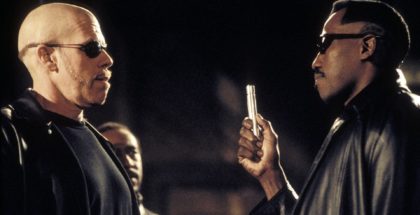