VOD film review: Ophelia | Where to watch online in UK | How to stream legally | When it is available on digital | VODzilla.co

Daisy Ridley is remarkable in this refreshing retelling of Hamlet.

Shakespeare’s Hamlet follows the Danish prince as he seeks out revenge on his uncle for killing his father and usurping the throne. It’s a classic tale, and one that pays little attention to Hamlet’s love, Ophelia. She remains on the sidelines and is only given centre-stage upon her descent into madness – even her death, in the text, occurs offstage. But what if this story could be turned on its head, making Ophelia the central character and giving her the respect that she deserves?

Claire McCarthy’s film, named after its lead character, does just that. Starring Daisy Ridley as Ophelia, the classic tale of Hamlet is given a refreshing new lease of life. Where Hamlet predominantly focuses on the prince, his father’s ghost and his uncle, Claudius (Clive Owen), Ophelia is interested in her and Queen Gertrude (Naomi Watts).

It focuses on how Ophelia entered the Danish royal court and became a lady-in-waiting to Queen Gertrude. Hamlet doesn’t even appear until 30 minutes in, and, even then, he remains out of the main picture for the most part, seen simply as her love interest and little else.

Ridley does a remarkable job as Ophelia. No longer a tragic heroine, she is a strong-willed person with a fierce need to do things her way, and the Star Wars star takes to the role with ease. This film is hers because of how well she embodies the character; she gives a subtle strength to the role that elevates and enhances her story arc. Ridley also works incredibly well with her co-stars, especially George MacKay (Hamlet) and Watts. With the latter, there is a sense of sisterhood as the Queen finds she can confide in her young handmaid and entrusts her with her darkest secrets. The two actors illustrate this bond with skill and grace, making the plight of their characters that much more interesting.

Ophelia is not the first to retell a Shakespeare play with a feminist twist – there have been countless adaptions for stage that have seen Shakespeare characters switch genders, stories retold with the women centre stage, or the play gender-bent entirely. So, in that sense, Ophelia doesn’t do anything new, but it’s hard not to appreciate the work that has gone into adapting and reworking the story to focus on Ophelia. It’s also true that, by shedding light on her story, the film diminishes the importance – or even relevance – of the characters around her, Hamlet’s presence is fleeting at best, while her brother, Laertes (Tom Felton), barely appears onscreen. The pressure is firmly on Ridley’s shoulders to carry the film, as a result, and, while she’s more than talented enough to do so, there is a noticeable lack of character development aside from Ophelia’s.

This is a fascinating film that presents an intriguing twist on the classic tale of Hamlet. With Ridley’s exceptional performance at its heart, Ophelia is as refreshing as it is enjoyable, despite its heartfelt message sometimes feeling a bit on the nose. It’s sure to leave viewers more than satisfied.

Ophelia is available on BBC iPlayer until February 2022

Where can I buy or rent Ophelia online in the UK?

ITV takes viewers inside The Savoy 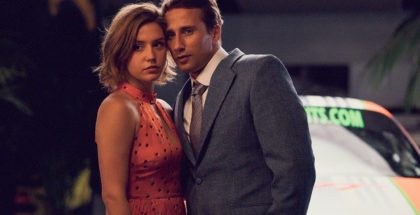 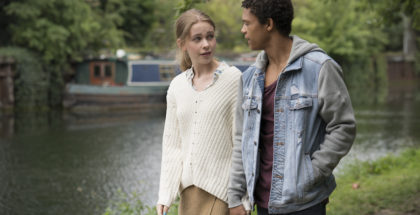