VOD TV review: Agents of S.H.I.E.L.D. – Episode 15 (Yes Men) | Where to watch online in UK | How to stream legally | When it is available on digital | VODzilla.co 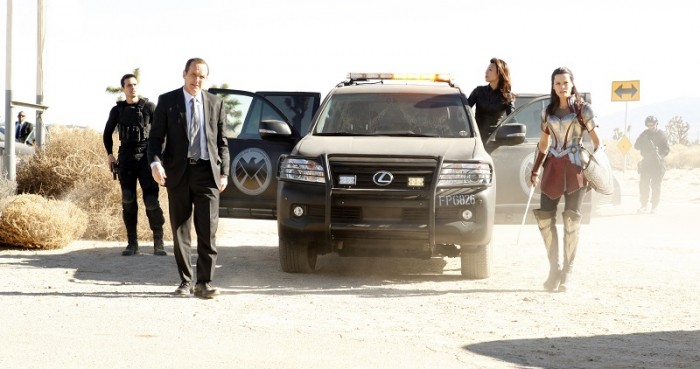 After a strong run of episodes that had been going so well, Episode 15 of Agents of S.H.I.E.L.D. takes a side-step from plot to focus on the arrival of Lorelai (Elena Satine) from Asgard. Close behind her is special guest star Jamie Alexander reprising her role as Lady Sif, thus expanding the Marvel Universe on the small screen with two of the bigger names in Thor lore.

Everything is now becoming more interlinked, growing the world with more characters that should have been the backbone of this series from the start. The wealth of stories and people available is so deep and all we’ve had are glimpses of Graviton and flashes of Blizzard but never any pre-established folks like Lorelai running the show.

Normally, an episode like this would be a distraction. Instead, it gives a refreshing representation of what Agents of S.H.I.E.L.D. could have been, intertwining the untapped comic book universe mixed with minor characters from the films. It could have been a cheap shill to further remind viewers that they can pick up Thor: The Dark World on DVD (or watch it on-demand) but the acting chops from the two female Asgardians rather eclipses that of the Agents, making for a more satisfying story.

For all the millions that Marvel surely has already banked, though, the action scenes in Yes Men (of which there are more than usual) have an air of cheapness about them. People go flying through the air and through generic bar-room furniture, but it looks like it’s been shot on a budget. Considering this is one of the “tie-in” episodes, it isn’t a great advert for the overall Marvel franchise. Perhaps the money has gone to convincing the Hollywood stars to appear on the show, as it’s almost certain that Samuel L. Jackson is going to make another appearance.

These are enjoyable enough antics from Asgard but litter the show with too many of these drop-in episodes and Agents becomes less and less about the team dynamic and more a weekly showcase. Yes Men pulled the balance off, but Marvel shouldn’t rush to include an episode about, for example, the Guardians of the Galaxy: the backbone of the show suffers for it. 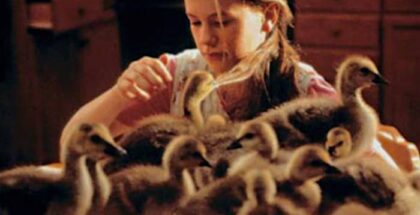