British Pathé to publish whole video archive on YouTube | VODzilla.co | Where to watch online in UK | How to stream

British Pathé is releasing its historic video archive on YouTube.

The distributor’s archive contains a staggering 85,000 videos, which amount to a total of 3,500 hours. Those hours will include footage of Muhammed Ali, survivors of the Titanic, alongside newsreels and content from both World Wars. At present, British Pathé has 81,971 videos on its YouTube channel.

The material dates from 1910 to 1976 and follows a similar endeavour by the British Film Institute, which last year launched the BFI Player. The organisation’s flagship VOD service features 28 hours of footage from pioneering filmmakers Sagar Mitchell and James Kenyon, who captured Britain on tape between 1900 and 1913.

British Pathé will work with Mediakraft Networks to release the footage on YouTube, with the aim of attracting viewers from around the world. They will also join forces to create “new, original programming” that will give “a contemporary take on historical events”.

Roger Felber, CEO of British Pathé, told The Drum: “Our company has always been devoted to informing people with videos. As times are changing we are looking into new ways to reach people with our content.

“With YouTube as the biggest video platform and Mediakraft as a professional partner at our side, we have found the best conditions to ensure that our archive content will continue to act as a pioneer in moving images and retain its heritage for future generations.”

Anna Gayner, Manager of UK News Partnerships for YouTube, added: “We are thrilled to offer a global platform for these iconic videos and to work together with such pioneering companies in making this content available to 1 billion users worldwide.

“This is a very exciting step in hosting the audiovisual archive of the world’s history.”

The archive has previously been available on British Pathé’s site, but the decision to publish content on YouTube is a demonstration of the platform’s content strategy, as well as its importance both technologically – in terms of users’ ability to share and embed footage – and culturally.

Indeed, British Pathé and the BFI Player combined mark a huge step towards opening up world heritage to the general public, creating a free archive of human history dating back 115 years. You can now easily see footage of Gandhi’s funeral, a propaganda film about the rise of the Nazis, called The Curse of the Swastika, part of a feature film biopic of Nelson made in 1926.

The potential for education is vast. Plus, you know, there’s Arnold Scwarzenegger winning Mr. Universe in 1969:

All together now: “Just imagine the embrace such muscle could accomplish! Wasted on a girl!” 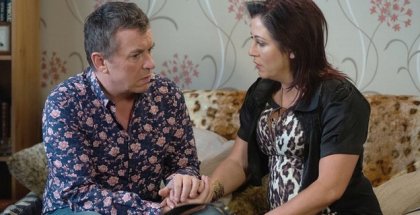