Comic-Con: Amazon releases trailer for The Man in the High Castle | VODzilla.co | Where to watch online in UK

Comic-Con: Amazon releases trailer for The Man in the High Castle

Amazon has released a new trailer for The Man in the High Castle.

The new original series, which is based on Philip K. Dick’s Hugo Award-winning 1962 novel, poses a disturbing question: what would have happened if the Allied Powers lost WWII?

Set 20 years on, the show follows life in the USA, which is ruled by Japan (the Pacific half) and Germany (the Atlantic). The programme began as one of Amazon’s pilots for original shows, when it blew us – and customers – away with its superb world-building and excellent production design. The hour-long taster swiftly became the most-watched Amazon pilot to date.

It stars Alexa Davalos as Juliana, the wife of a factory worker in the West, and Rupert Evans as Joe, a young lad in the East with a dad who fought in the war. With Rufus Sewell as a Nazi officer with a taste for hunting down and torturing suspects, not to mention political alliances and an intriguing piece of secret video footage, the potential in front of the camera is as strong as that behind it: the show is Executive Produced by director David Semel (Heroes) and Frank Spotnitz (The X-Files), as well as Ridley Scott and David W. Zucker.

Frank and David were on hand at Comic-Con for a panel involving Rupert, Alexa, Rufus and co-stars Cary Hiroyuki Tagawa and Luke Keinstank, where the trailer for released for fans to see, followed by a screening of the first two episodes. Amazon also held a separate panel to premiere a new trailer for Hand of God.

The show will premiere this autumn on Amazon Prime Instant Video, which costs £5.99 a month. Until then, you can watch the pilot episode of The Man in the High Castle – whether you are an Amazon Prime customer or not – for free.

Amazon Comic-Con The Man in the High Castle
Tweet

Comic-Con: Hand of God gets a new trailer 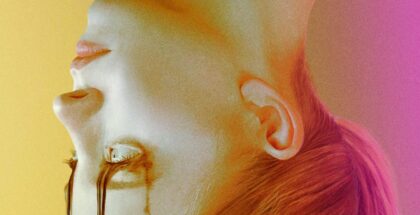