UK TV review: The X-Files Season 11, Episode 7 (Rm9sbG93ZXJz) | Where to watch online in UK | How to stream legally | When it is available on digital | VODzilla.co

This near-silent technophobic satire is possibly the most original episode of The X-Files ever made.

11 seasons into The X-Files, you’d think there’s nothing new for the TV series to show us. You’d be wrong. The seventh episode of this 11th run, titled Rm9sbG93ZXJz, just might be the most unusual, original and unique episode of The X-Files ever made.

A satire on modern society’s obsession with technology, the episode catches up with Mulder (David Duchovny) and Scully (Gillian Anderson) as they enjoy a dinner in a high-tech sushi restaurant. Entirely empty, save for them, it’s a quiet, eerie place, with sterile surfaces, automated service and no noise or music, save for the quiet hum and whirs of machines.

In fact, there’s not even any dialogue: the whole episode unfolds without speech, conversation or even growls. A silent hour of TV? In 2018, it’s almost unheard of, with only the recent Inside No 9’s A Quiet Night In managing a similar feat. Written by first-timers Shannon Hamblin and Kristen Cloke, both of whom have been involved with The X-Files in the past, and conceived by director Glen Morgan (who is Cloke’s husband), the whole idea is ambitious, and precisely executed.

The script finds a way to sustain the novelty throughout, by sending our agents into a descending spiral of malfunctioning gadgetry – card machines in restaurants give way to home security, GPS in cars, robotic vacuum cleaners, and fire heating systems. There’s a constant wry humour to these scenarios, which essentially seem to be fuelled by their time in the restaurant, as though there’s a gigantic conspiracy rippling through the digital world. How much of that is just Mulder’s paranoid imagination would be up for debate in most episodes, but not here: this is happier when sending him racing down the road in car, chased by an army of drones.

Duchovny and Anderson are superb, seizing the chance to show off their physical performances – Anderson able to generate tension with a look and Duchovny having a knack for world-weary comedy. Their chemistry remains tangible even without words, but it’s the comic timing that impresses, as what could be slapstick never quite goes too far into silly territory to shake off the unnerving sight of sentient machines. There’s a technophobic quality that almost feels outdated, but also fits right in with the show’s cheesy 90s heyday (right down to the red and blue lighting), even as it relies upon our current technological landscape for things to grow a mind of their own – or blow up buildings.

The result is bound to be divisive, as it plays things lighter than many of the show’s classic episodes, and doesn’t exactly make an unfamiliar point. Nonetheless, Morgan’s commitment to telling a story visually, showing and not telling, is impressive, as is the witty imagination to conceive such a thing in the first place. 11 seasons into The X-Files, just when you think you know what to expect from Chris Carter’s show, it throws in a curveball. That, alone, is something to celebrate.

Episode 7 of The X-Files Season 11 is available on My5 until 12th April.

Will & Grace revival renewed for Season 3 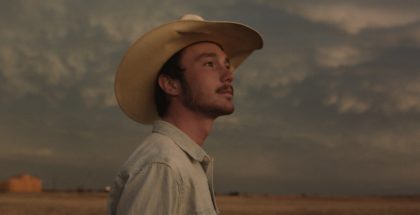