Will & Grace revival renewed for Season 3 | VODzilla.co | Where to watch online in UK

Will & Grace revival renewed for Season 3

Will & Grace will return again, as NBC extends its revival of the sitcom twice over.

The return of Will & Grace began as an Internet reunion that turned into a one-season order and then a two-season order before it even went back on the air last fall. Now, that second season has been extended, with NBC ordering five more episodes, taking its run from 13 to 18 episodes. After they air in autumn, the show will then return for a third season in 2019.

For those who have never seen the comedy, it follows the relationship between gay lawyer Will (Eric McCormack), straight interior designer Grace (Debra Messing), and their friends, Karen (Megan Mullally) and Jack (Sean Hayes). For those who have, the revival has delighted with more of the same humour that made it such a success in the first place.

“Any questions about whether they could possibly still be relevant in 2018 disappears within seconds, as you start giggling – and don’t really stop for 30 minutes,” we wrote in our review of the revival’s first season. “Eric McCormack and Debra Messing slip back into their lead roles as easily as two old pairs of shoes, while Megan Mullally’s Karen and Sean Hayes’ Jack are as fresh as the day we first met them.”

Original series creators Max Mutchnick and David Kohan returned as showrunners for the new episodes, which aired on NBC last autumn. Now, they’ll continue that run into a third season, which will also have an extended 18 episodes.

The announcement was made by Robert Greenblatt, Chairman, NBC Entertainment.

“As far as I’m concerned, we can’t get enough of ‘Will & Grace’ and 23 more episodes is music to my ears,” Greenblatt said. “We’re eternally grateful that Debra, Eric, Sean and Megan feel the same way and wanted to keep this good thing going. I’m overwhelmed by the euphoric response the new show has received from the press and the audience, and my hat is off to the unrivaled writing team of Max Mutchnick and David Kohan, as well as the brilliant directing of Jimmy Burrows, for consistently delivering one of the best shows on television.”

So far this season, Will & Grace is averaging a 3.1 rating in adults 18-49 and 9.8 million viewers overall in “live plus seven day” figures from Nielsen Media Research. Will & Grace is NBC’s most-watched primetime comedy at this point in the season in eight years and has improved its Thursday timeslot by +48% versus NBC’s year-ago results for regular non-sports programming in 18-49.

The series airs on Channel 5 in the UK, with episodes airing on Friday nights weekly – and available to catch up on streaming site My5 after their broadcast.

The new revival of Will & Grace will be available on UK TV screens courtesy of Channel 5 this January.

NBC announced last year that that they would be reuniting Eric McCormack’s Will, Debra Messing’s Grace and, of course, their best friends, Jack (Sean Hayes) and Karen (Megan Mullally), for a brand new run of the classic sitcom. Set in New York, the show follows the relationship between gay lawyer Will, straight interior designer Grace, and their friends, Karen and Jack.

“We’re thrilled that one of the smartest, funniest, and most defining comedies in NBC history is coming back,” said NBC Entertainment Chairman Robert Greenblatt, when the revival was first announced. “This groundbreaking series for everything from gay rights to social and political commentary — all disguised as a high-speed train of witty pop culture — is coming back where it belongs.”

The original eight seasons ran from 1998 to 2006, and in addition to quickly earning its place as a critic and fan favorite, “Will & Grace” was nominated for 83 Emmy Awards, winning 16 of them, including Outstanding Comedy Series.

The reboot has been a success, with NBC already ordering a second season of 13 more episodes. Universal Studios Hollywood, meanwhile, has even added the chance to visit the sitcom’s set on Soundstage 22 to its VIP tours.

“I am so honored to be recognized in this category with these extraordinary actors,” said Hayes. “I love acting because I love actors. I also like to bake sometimes.”

Now, the new episodes are finally heading to the UK, with Channel 5 snapping up the rights to the show – a change of home for the programme, which originally aired on Channel 4. It marks another big US TV acquisition for Viacom’s channel, which also snapped up the exclusive rights to The X-Files revival last year.

The 12-episode run of Will & Grace will begin on Friday 5th January, with new episodes airing weekly at 10pm, sandwiched between episodes of Celebrity Big Brother. Episodes will be available to catch up with through Channel 5’s on-demand service, My5.

Here’s a clip from the new series to get you in the mood:

Will and Grace returns as TV reboot race continues

Will and Grace are coming back to our TV screens, as NBC has announced a revival of the classic 1990s sitcom.

The show will return during the 2017-2018 TV season, NBC revealed today, with a limited 10-episode run that will bring back together Eric McCormack’s Will, Debra Messing’s Grace and, of course, their best friends, Jack (Sean Hayes) and Karen (Megan Mullally). Original series creators Max Mutchnick and David Kohan will act as showrunners and executive producers. Director James Burrows, who helmed every episode of the show during its initial eight-year run, is on board to direct and executive produce.

Debuting in 1998, the show was a landmark programme for the way it placed LGBT characters front and centre of mainstream TV. Its popularity climbed steadily, ultimately becoming the highest-rated sitcom in the adults 18-49 demo from 2001 to 2005, and garnering an audience of more than 18 million for its series finale in 2006.

“We’re thrilled that one of the smartest, funniest, and most defining comedies in NBC history is coming back,” said NBC Entertainment Chairman Robert Greenblatt. “This groundbreaking series for everything from gay rights to social and political commentary — all disguised as a high-speed train of witty pop culture — is coming back where it belongs.”

Over its run, Will and Grace was nominated for 83 Emmy Awards, winning 16 of them including Outstanding Comedy Series and at least one for each of its main performers.

It’s perhaps no surprise that the show is coming back to the small screen 10 years later – not least because the quartet had a mini-reunion last year in a US election-themed skit (guess who Karen was voting for).

Jennifer Salke, President of NBC Entertainment, added: “We started talking with Mutchnick and Kohan about producing new episodes right after they shot the secret reunion show back in September, and the fact that all four of the original stars were excited about getting back into production is a testament to the joyful experience they had doing nearly 200 episodes for eight seasons.”

It marks the latest in an extremely long line of TV reboots, reunions and revivals – a line that began, at least in terms of the current cycle, back with Netflix’s decision to bring back Arrested Development. Since then, the streaming giant has resurrected everything from The Killing to Fuller House, while Amazon has revived Ripper Street, ITV has reunited the Cold Feet crew and FOX has done the same for both The X-Files and Prison Break. Even Showtime, this year, is revisiting Twin Peaks.

Will and Grace’s reunion arrives, aptly enough, hot on the heels of Netflix’s latest reboot: a new spin on Norman Lear’s old US sitcom, One Day a Time.

Netfix’s Chief Content Officer, Ted Sarandos, gave some insight into the company’s process of whether to revive a TV show or not in a recent interview with Moviefone.

“There’s a lot of pitches,” he admitted, of people asking for Netflix to resurrect their shows. “It’s not very practical or even desirable to do many of them,” he said, “But the ones that have worked well, I think it’s one of those ones like Fuller House, which has been such a success because Full House never really dropped out of the culture. It’s been on TV non-stop since it originally aired. So there are two generations of families now who grew up on that show who love it.”

That, he argued, is one of the important things for a reboot: “That’s kind of the magic recipe for these shows. The ones that go away, usually the cult gets smaller and more intense. But sometimes they get bigger.”

Gilmore Girls, which Netflix revived last year for a limited four-episode run, is “one where the cult got bigger”.

“The idea is if you can present the show so that the people will remember it and it’s familiar to them, but it’s still new and fresh for the new generation of fans,” he commented. “And it’s not easy to do with every show and every storyline or every actor.”

For NBC, Will and Grace’s influence among younger generations is arguably visible in shows such as Amazon’s Transparent, HBO’s Looking, Netflix’s Orange Is the New Black and Channel 4’s Cucumber, as TV representation of modern gay and lesbian life has only grown and become more diverse. How Will and Grace will compare to the contemporary TV shows 10 years on will perhaps be the real test of the reboot’s success. Then again, anything with Megan Mullally’s Karen is surely timeless.

Stay tuned for word on which UK broadcaster – or streaming site – will snap up the rights to the reboot. 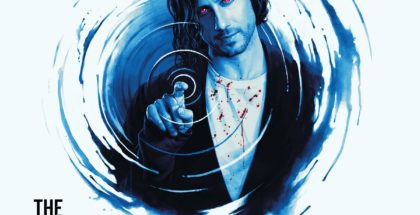