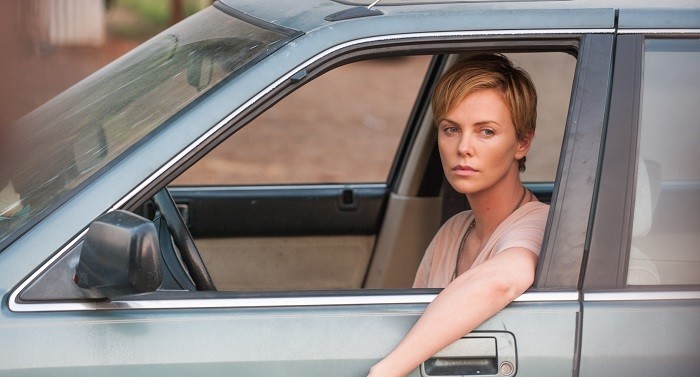 Fans of 2014’s Gone Girl are best advised to downgrade their expectations for this adaptation of author Gillian Flynn’s second novel, which was written in 2009 and optioned for the screen a year later, but wasn’t actually green-lit until after Fincher’s Gone Girl adaptation went into production. The resulting film is consistently engaging and ticks the appropriate mystery thriller boxes, but it’s compromised by a credulity-stretching resolution and some severe miscasting.

Set in Kansas (but filmed in Louisiana), the film stars Charlize Theron as thirty-something Libby Day, the childhood survivor of the horrific murder of her mother (Hendricks) and sisters back in 1985, for which she was railroaded into testifying against her brother Ben (Tye Sheridan, then Corey Stoll), despite not actually having witnessed the murders.

Having survived the previous 30 years on generous donations from concerned do-gooders, Libby’s financial situation has reached breaking point, so she reluctantly agrees to a paid appearance in front of a meeting of true crime enthusiasts known as the Kill Club, run by puppy-ish murder nerd Lyle Wirth (Hoult).

As the group attempt to break down inconsistencies in the events that lead to her brother’s conviction, Libby finds herself questioning the story she always believed to be true, which sets her off on her own investigation, triggering a series of flashbacks to the day of the murder.

Director Gilles Paquet-Brenner clearly has an affinity for female-led, flashback-heavy mystery thrillers, having previously made Sarah’s Key (2010) with Kristin Scott Thomas. Accordingly, he does a decent job of establishing the God-fearing, small-town atmosphere of Kinnakee, Kansas – exactly the sort of place that might jail a local misfit for murder once the words “devil worship” start getting bandied about – but it’s a shame the film doesn’t explore that aspect in greater detail, particularly given the plot’s echoes of similar real-life cases.

The mystery elements unfold in a satisfying manner, with information being drip-fed to reveal a largely unguessable bigger picture. The supporting performances in the flashback sequences are also extremely good, particularly Hendricks as Libby’s financially desperate mother, Tye Sheridan as young Ben and a scene-stealing Chloe Moretz as Diondra, his scheming, pregnant, 15 year-old girlfriend.

However, the film stumbles considerably in its central casting, since you never quite believe effortlessly glamorous Charlize Theron as someone who would have deliberately spent the last 30 years doing nothing at all, or who could have remained in any way inconspicuous while doing so, ever-present baseball cap or no ever-present baseball cap. Even if you accept that idea at face value (and admittedly, the script takes some of the blame for failing to convincingly detail Libby’s past three decades), Theron is too likeable an onscreen presence for the supposedly difficult, misanthropic Libby, so her performance gets reduced to the pulled-down cap, the occasional verbal outburst and a seemingly permanent scowl.

The film falls into a similar trap later on, with the reappearance of a key figure and the general feeling that said character has had no discernible life. It all builds to a final act that becomes increasingly ridiculous, with the behaviour of various people failing to ring true. Dark Places remains watchable as a forgettable mystery thriller, provided you don’t think about it all that much afterwards, but it glosses over some of its more interesting ideas and it’s hard not to escape the feeling that there’s a better movie in there somewhere struggling to get out. 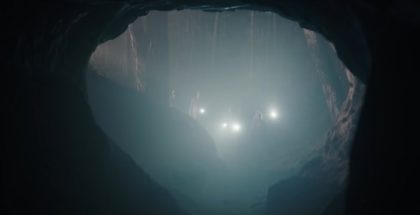 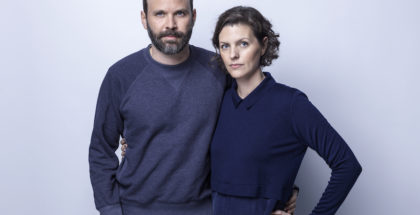