VOD film review: Doctor Strange (2007) | VODzilla.co | Where to watch online in UK | How to stream

Co-directed by Patrick Archibald, Richard Sebast, Jay Oliva and supervisor Frank Paur, Doctor Strange: The Sorcerer Supreme was the fourth of the series of eight direct-to-video animated features produced by Marvel Studios and Lionsgate Entertainment between 2006 and 2011. It’s primarily based on Doctor Strange’s origin story, as originally detailed in Strange Tales #110 (July, 1963) by artist Steve Ditko and writer Stan Lee.

Bryce Johnson voices arrogant New York surgeon Doctor Stephen Strange, who loses the use of his hands in a terrible car crash. When Western medicine fails him, Strange travels to the Far East, in search of a cure. Admitted to an elite temple, Strange receives mystic training at the hands of all-knowing mentor the Ancient One (Michael Yama) and his loyal assistant, Wong (Paul Nakauchi). When the Ancient One is injured in battle, Strange becomes the Sorcerer Supreme, which puts him at odds with power-hungry fellow magician Mordo (Kevin Michael Richardson). Meanwhile, the evil demon Dormammu (Jonathan Adams) unleashes armies of hell-creatures on New York.

Story-wise, the majority of Doctor Strange: The Sorceror Supreme is identical to the 2016 MCU version, with a couple of unnecessary tweaks, such as Strange blaming himself for the death of his younger sister, April (Tara Strong). The final battle here is pleasingly magic-heavy, but it doesn’t have a fraction of the inventiveness of the Benedict Cumberbatch version.

On a similar note, while the animation is frequently colourful and dynamic, it’s also rather bland and lacking in detail, to the point where comics fans will find themselves longing for the out-and-out weirdness of Steve Ditko’s backgrounds. It’s also disappointing that the film doesn’t opt for Strange’s colourful costume from the comics – he doesn’t even get the cape until the final scenes, and anyone expecting sentient cape comedy, as per the Cumberbatch version, is in for a let-down.

Unfortunately, the problems don’t stop there. Johnson’s voicework is flat and uninspired, only showing a measure of character and nuance in the very final scenes, while the other characters are largely interchangeable, with the exception of the Ancient One. On top of that, the script is weirdly humourless, despite multiple opportunities for a comic reaction on Strange’s part. In fact, Strange’s passive acceptance of everything that happens to him (including magic shooting out of his own hands for the first time) is one of the film’s biggest problems, because it leaves no room for a sense of connection to the character.

In addition, the world of magic inhabited by the Ancient One and his acolytes is very poorly defined – the MCU version at least had Strange studying books and so on, whereas here, all Strange does in his training sessions is a bit of Tai Chi. Even the little magic he does do largely consists of conjuring weapons out of thin air.

On the plus side, the whole thing moves along nicely and the story does at least provide a useful introduction to the character. There are even a handful of tiny Easter Eggs for Marvel fans, such as the fact that at one point “Doctor Donald Blake” (Thor’s alter-ego in the comics) gets called to the E.R. and a man with a cane is seen briefly limping along the corridor. That said, one such shout-out – Wong mentions a woman named Clea right at the end – only proves more annoying, since Clea was Strange’s long-running love interest in the comics (not to mention Dormammu’s niece), and their romance might have made for a much more interesting story.

Doctor Strange (2007) is available to watch online on Amazon Prime Video as part of a Prime membership or a £5.99 monthly subscription.

How to watch the 2019 French Open online in the UK

Catch Up TV review: The Other Two, Judge Romesh Season 2, The Hunt for Jihadi John, Hatton Garden: The Inside Story 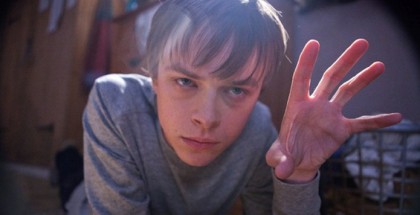