Netflix UK film review: Pusher (2012) | Where to watch online in UK | How to stream legally | When it is available on digital | VODzilla.co 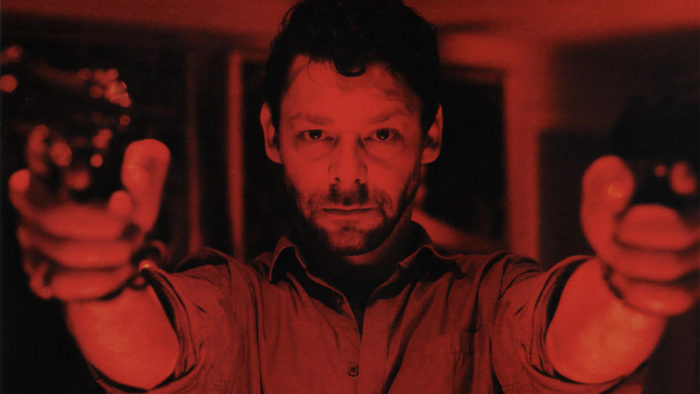 This gritty, visceral remake of Nicolas Winding Refn's drug-dealing flick is thrilling in its own right.

Pusher, the 90s drug-dealing thriller, is exactly what you’d expect from Nicolas Winding Refn, the man who directed Drive, Bronson and, the year before that, an episode of Miss Marple, produced by Matthew Read. In 2012, Read and Refn got back together to remake the first in what became a trilogy for the English-language crowd.

Is it a pointless cash-grab? An unnecessary retread? Surprisingly, no. The new Pusher is decent in its own right. Matthew Read’s script may follow the original movie’s plot beat-for-beat, but that only gives director Luis Prieto a chance to make his mark. He steamrolls the story along with all the usual tricks of the genre, driven by Orbital’s pounding score, not giving you time to care if some of the characters are two-dimensional.

Front and centre is Frank (Coyle). An ambitious, if unreliable, dealer, he winds up in debt to an old friend. But what starts out as a few hundred pounds soon balloons out of control and everything goes wrong in just a few chaotic days.

“I didn’t do anything wrong,” he whines at one point. Whether you believe him or not, it’s hard not to be gripped by his grimy descent into the proverbial mess. Richard Coyle is cracking in the lead, with all the energy of a guy with the keys to gates of heaven, but he’s got too many legs. But what could have started out as a silly Jeff from Coupling scenario winds up far more surprising. All stubble and bleary eyes, the unrecognisable Coyle comes across as a hybrid of Liam Cunningham and Michael Sheen. He’s magnetic.

Agyness Deyn’s love interest also impresses, turning her role into a key part of the plot, while it’s nice to see Neil Maskell continue his contractual obligation to appear in every British film since Kill List. But the main source of the tension? Zltako Buric as the menacing Milo. “Frankie!” he cries like a drunken uncle, before threatening to break his fingers.

It’s telling that Buric is playing exactly the same role as he did in all three original Pusher films: like Refn, he seems to endorse a remake that has enough personality to make an impression. Pusher is a pulsing, dizzying thriller that, like its enigmatic hero, stares at Britain’s seedy underbelly without blinking. It’s a gritty, visceral ride – and almost makes you want them to try their hand at remaking Miss Marple next.