VOD film review: For the Sake of Vicious | VODzilla.co | Where to watch online in UK | How to stream

For the Sake of Vicious review: A hilarious and tense thriller

Gabriel Carrer and Reese Eveneshen's low-rent action thriller is as darkly hilarious as it is terrifyingly tense.

For the Sake of Vicious opens with a sequence that is a good index of what is to come. A man wakes up surrounded by other bodies on a basement floor, only to be knocked out by another man standing over him, who then drags one of the bodies away. Just who these men are, how their lives have become intertwined, what they have done and how far they are willing to go, will only gradually become clear, but the viciousness promised by the film’s title is already on display. If the scene plays out with relative restraint, viewers need not worry: there will be blood.

We know from the moment that we first meet Romina (Lora Burke) that she is both sweet and strong: sweet, because when she leaves the hospital where she works as a nurse, she grabs handfuls of candy from the reception desk for her seven-year-old son; and strong, because she refuses to cave before the disapproving eye of the receptionist (Erin Stuart). Romina arrives home on this Halloween night to find her landlord Alan (Colin Paradine) unconscious and bleeding on her floor, and a stranger (Nick Smyth) trying to grab her. Or perhaps not a stranger – five years ago, Romina had been the attending nurse for Chris’ young daughter who had been raped – and now the manic, angry Chris, his marriage over and his life in ruins, is trying to recruit Romina to keep Alan alive long enough to confess and face Chris’ ill-defined but unquestionably vicious revenge.

The normally level-headed Romina finds herself caught between the professional imperative to reduce harm, and her abhorrence of paedophiles – and while she tries to defuse the fraught situation and to work out for herself whether Alan is really responsible for what Chris claims, more uninvited guests pour in, led by the opportunistic Gerald (James Fler).

Starting out as a variant on Roman Polanski’s Death and the Maiden (1994) or David Slade’s Hard Candy (2005), For the Sake of Vicious quickly spirals into a hyperviolent Coen-esque affair on a budget. For it confines its accumulating errors, mixed motives and double crosses to Romina’s small suburban two-up two-down, so that all these human foibles come reduced to an increasingly claustrophobic scale that is literally low-rent. The film, co-written and co-directed by Reese Eveneshen (Dead Genesis) and Gabriel Carrer, combines the deranged vigilantism of Carrer’s previous The Demolisher with the masked assailants of his If A Tree Falls and Kill. As the crowbars, hammers, knives and guns come out, all these Halloween visitors are set for a bloody battle royale from which no one shall emerge entirely unscathed.

In one scene near the beginning, we watch Romina expertly reviving Alan with one hand, and holding off Chris with the other, while chatting with her son (on the phone cradled under her neck) as if nothing is happening. Played perfectly by Burke, here Romina offers a masterclass in multi-tasking, a lesson the polyhyphenate filmmakers have clearly learnt. For like its hard-to-parse title, For the Sake of Vicious easily juggles its messy, mismatched genre parts, while escalating its own outrage and ickiness to a point that is as darkly hilarious as it is terrifyingly tense.

This review was originally published during FrightFest Halloween 2020.

Trailer: This Time with Alan Partridge returns this April 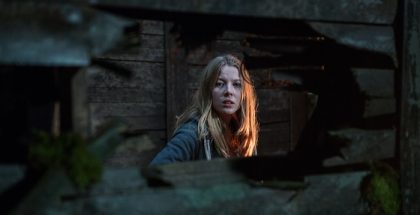 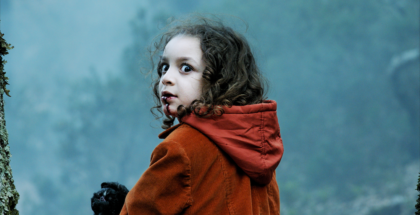 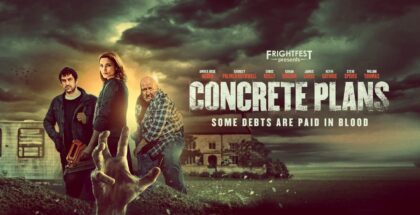