Glastonbury 2020: The BBC line-up | Where to watch online in UK | How to stream legally | When it is available on digital | VODzilla.co

All Glastonbury performances are available for 1 month on BBC iPlayer after their broadcast.

The BBC will be recapturing the spirit of Glastonbury this summer, with BBC iPlayer and BBC TV reliving highlights from previous years in a bid to fill the void left by the cancelled festival.

The festival, organised by Michael Eavis and his daughter Emily Eavis takes place at Worthy Farm in Somerset. It began in 1970 when, the day after the death of Jimi Hendrix, Eavis opened his farm for the first time to over a thousand punters. Now, it hosts hundreds of thousands of festival-goers each year, who flock to see performances from the most famous names in music and immerse themselves in the vast range of performance that the festival has to offer.

From Thursday 25th to Monday 29th June, when the 50th anniversary of the festival was set to take place, the Beeb will be bringing back Glastonbury to screens with previously recorded performances from Adele (2016), Beyoncé (2011), Coldplay (2016), Jay-Z (2008) and David Bowie (2000), which will be the first time his performance has ever been broadcast in full on television.

Lorna Clarke, Controller, BBC Pop, says: “Glastonbury Festival has for decades been a huge moment in the BBC’s music calendar, thanks to Michael and Emily’s magical creation. Even though Worthy Farm can’t be full of thousands of music lovers this year, the BBC will celebrate with four days of memories and archive footage across TV, BBC iPlayer, radio and BBC Sounds, to give our audience a taste of the festival in their own homes.”

Edith Bowman will introduce a broadcast of Julien Temple’s acclaimed film Glastonbury, which celebrates and documents the history of this famous festival. Concert footage, interviews, archive and home video collected from attendees themselves combine in this film to capture the essence of Glastonbury. Musicians featured in the film include The Velvet Underground, Radiohead, Björk, Primal Scream, Pulp and, for the time on this new cut, Dizzee Rascal, Patti Smith and Amy Winehouse among many others.

Elbow: 2011 – 9pm (BBC Four)
Taking to the Pyramid Stage in the year of the release of their fifth album Build A Rocket Boys! and still flush with the Mercury Prize-winning success of 2008’s The Seldom Seen Kid, Elbow give a stunning celebration of One Day Like This as the sun sets over Glastonbury Tor.

Beyonce: 2011 – 10pm (BBC Two)
Beyonce and her band and dancers open up with Crazy in Love, and then it’s hits all the way with a Destiny’s Child medley and covers of the likes of Eurythmics, Kings of Leon and Prince.

Glastonbury Backstage Acoustics – 11pm (BBC Four)
The first of three compilations of the many impromptu, stripped-down performances that have graced the BBC Two presentation tent since coverage began back in 1997.

Best of Glastonbury 2019 – 11.30pm (BBC Two)
A look back at many of the show-stopping performances from this year’s Glastonbury Festival. Expect headliners, surprise guest stars, sing-a-longs and many of the big musical stories from across the three days at Worthy Farm.

Glastonbury Backstage Acoustics – 7pm (BBC Four)
The second of three compilations of the many impromptu, stripped-down performances that have graced the BBC Two presentation tent since coverage began back in 1997.

Adele: 2016 – 9.30pm (BBC Two)
Showcasing her superstar status, Adele takes the Pyramid Stage by storm, performing hits including Rumour Has It, Rolling in the Deep and Someone Like You.

Coldplay: 2016 – 11.05pm (BBC Two)
Coldplay close Glastonbury 2016 with a bang, playing hits including Fix You, Paradise and Yellow. They are also joined by Barry Gibb of the Bee Gees to perform To Love Somebody and Stayin’ Alive.

Nick Cave and the Bad Seeds, Lady Gaga, R.E.M. – 8pm (BBC Two)
Clara Amfo and Lauren Laverne celebrate the weekend that would have marked 50 years of the Glastonbury Festival, with performances including Lady Gaga’s first and only Glastonbury appearance in 2009.

Glastonbury Backstage Acoustics – 9pm (BBC Four)
The final compilation of the many impromptu, stripped-down performances that have graced the BBC Two presentation tent since coverage began back in 1997.

Amy Winehouse – 9.30pm (BBC Four)
Amy Winehouse and her band perform classic tracks, including Tears Dry on Their Own, Back to Black and Rehab, across two sets at the 2007 Glastonbury Festival.

Best of Glastonbury 2011 – 10.30pm (BBC Four)
Highlights from 2011 at Worthy Farm, including stage performances, acoustic sessions, cabaret and action from the biggest performing arts festival in the world.

Ed Sheeran: 2017 – 11.30pm (BBC Two)
A quick repeat of Ed Sheeran’s headlining slot from Worthy Farm at Glastonbury 2017. He performs all the hits including Shape of You, Castle on the Hill and Thinking Out Loud.

Here’s the line-up as each concert drops online: 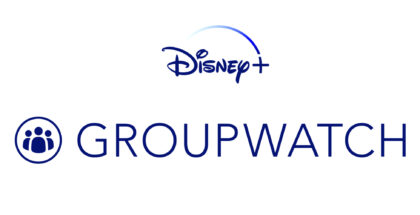