VOD film review: Project X | Where to watch online in UK | How to stream legally | When it is available on digital | VODzilla.co

This movie about a teen party is wilfully appalling on almost every level.

Every now and then a film comes along that is so devoid of redeeming features that you get the urge to bore a drill into the side of your TV to make it go away. Project X, a film about three boys throwing a house party with the sole aim of sleeping with lots of girls, is one of them. It’s not just bad. It’s wilfully appalling on almost every level. It can’t even get its found footage gimmick right.

Thomas (Mann) is 17. He’s a geek, a loser – and that’s just according to his parents. So his friends, Costa (Cooper) and J.B. (Brown), plan the house party to end all house parties. Between the swimming pool, the DJs and the flamethrowers, it’s safe to say things get a little out of hand.

“I’m sorry man! I just wanted to get some pussy!” confesses Costa, in case we hadn’t worked out his character’s motivations yet. Unlike the camcorder-wielding kids in Chronicle or Cloverfield, there’s simply nothing to like about any of these people. They’re immature, bullying cardboard cut-outs that we’re meant to like because one of them can operate a video camera. And point it at breasts. It makes The Hangover: Part II look like a work of feminist literature.

Even the visual format is inconsistent. Capturing full conversations in crisp, perfect audio, music video helmer Nima Nourizadeh magically cuts between people mid-speech to get reaction shots without interrupting the dialogue. Then he constructs a montage of increasingly aimless stunts, all set to uninterrupted background music. Nima sticks a message before the film saying it’s been edited together by filmmakers. The party looks good, yes, but that still doesn’t explain how the camcorder works in the swimming pool.

The wasted teenagers soon spill out into the street, vandalising stuff and assaulting the neighbours. It’s spectacular how out of control things become, but not in a good way. Because the characters are so unlikeable, even the sight of a drunk dog in a bouncy castle can’t raise laughs. You wish an alien invasion would turn up halfway through and blow them all to smithereens.

Where can I buy or rent Project X online in the UK? 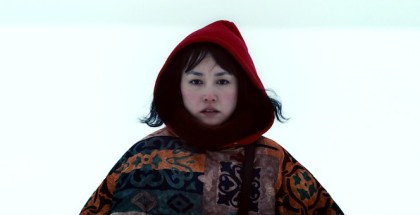