What's leaving Sky and NOW TV in February / March 2020? | Where to watch online in UK | How to stream legally | When it is available on digital | VODzilla.co 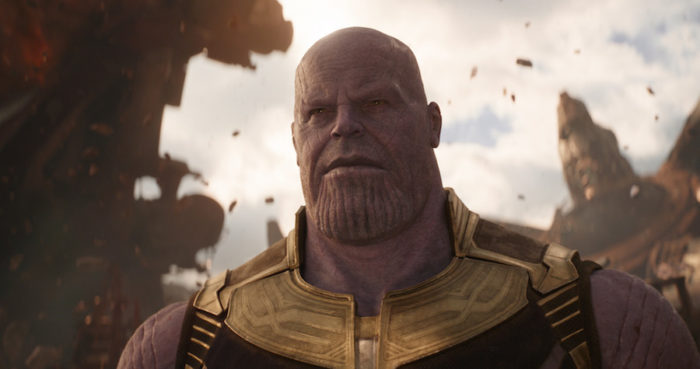 Sky’s stepping up this year with a renewed deal with HBO, added jokes on Sky Comedy and a growing number of Sky originals on the cards. But before you break open new box sets or devour some big-hitting blockbusters, don’t miss your chance to catch some modern gems before their rights expire and they depart – including a host of Disney titles heading to Disney+.

That means taking care not to miss out on The Night Of, The New Pope and The Walking Dead – or, if you’ve got Sky Cinema, everything from Mandy and Blockers to Avengers: Infinity War the criminally underseen Thoroughbreds.

This long-running sci-fi series picks up where the blockbuster movie left off.

Based on BBC drama Criminal Justice, this gripping eight-part HBO adaptation stars Riz Ahmed as a man accused of a brutal murder and follows the police investigation and legal proceedings in New York City.

Don’t miss your chance to catch up with The Walking Dead from the very beginning.

The follow-up to 2017’s The Young Pope fromOscar winning filmmaker Paolo Sorrentino, The New Pope, dives into the inner workings of the Vatican, while exploring the very human desires, vices and fragilities of those in power and the complexities inherent in faith today. The series picks up where The Young Pope left off, with Jude Law’s Lenny Belardo, known as Pope Pius XIII, in a coma. Following an unpredictable and mysterious turn of events, Secretary of State Voiello (Silvio Orlando) succeeds in having Sir John Brannox (John Malkovich), a charming and sophisticated moderate English aristocrat, placed on the papal throne, adopting the name John Paul III. The new pope seems ideal, but he conceals secrets and has a certain fragility.

Nicolas Cage at his Nicolas Cagiest. In the Pacific Northwest of 1983, lumberjack Red (Cage) lives with his partner Mandy in a remote cabin beneath the Shadow Mountains. However, their peaceful existence is shattered when Mandy attracts the eye of the sadistic leader of a cult known as the Children of the New Dawn. What follows is a phantasmagoric journey filled with bloody vengeance and laced with fire, gonzo violence, and Cage’s trademark volcanic outbursts.

Back before they tried to give Riddick his own Chronicles, David Twohy’s stripped down sci-fi thriller was a fantastic B-movie beast. Vin Diesel’s gravelly voice, some smart CGI and top-notch creature design combine to make a surprising, fun 110 minutes that prove you don’t need money if you have ideas. Well, that and massive goggles to let you see in the dark.

Steven Spielberg’s sci-fi romp stars Tye Sheridan as Wade Watts, a lonely slum-dwelling teen who takes the fight to the money-hungry suits out to turn the Oasis – an immersive VR fantasyland created by oddball genius James Halliday (Mark Rylance) – into a soulless advertising tool. Together Wade and a group of likeminded underdogs, including Olivia Cooke’s Samantha, must use their in-game avatars to complete three challenges before chief wrong’un Nolan Sorrento (Ben Mendelsohn) beats them to it.

Chimichanga! The Merc with a Mouth returns. When his life is shattered by a tragic case of fridging, the fourth-wall breaking anti-hero falls into a deep funk. But when he meets Russell (Julian Dennison, Hunt for the Wilderpeople), a young mutant being pursued by a heavily armed cyborg from the future (Josh Brolin), he realises he finally has something to live for again. But in order to save Russell, he’ll need to team up with Domino (Zazie Beetz) – an exceptionally lucky mutant – and five other much less lucky teammates.

Hilarious and unpredictable, this deliciously twisted teen thriller is destined to become a cult favourite for a generation.

John Krasinski’s terrifyingly taut survival thriller is so good you’ll be shouting about it for weeks.

The Avengers goes dark in this big, bold, bleak blockbuster that suffers from having its own sequel.

Other movies leaving in February / March 2020:

1st March
An Actor Prepares
The Road To Fast 9: Concert

3rd March
Into The Woods
Tremors

15th March
Inside Out

16th March
I See You