Watch: Trailer for Netflix's The Ruthless | Where to watch online in UK | How to stream legally | VODzilla.co

Watch: Trailer for Netflix’s The Ruthless

Riccardo Scamarcio stars as Santo Russo, a Calabrian who grew up in the hinterland, after the first thefts in the suburbs and the juvenile prison, decides to follow his aspirations and to undertake definitively the life of the criminal. Within a few years he becomes the mind and the armed wing of a powerful and feared gang, launching himself into increasingly dirty and profitable business: robbery, kidnapping, drug trafficking, money laundering, and not least “miracles”: bloodshed executions.

In his unbridled race towards wealth and social satisfaction, Santo Russo is divided between two women: his wife, submissive and devoted, and his lover, a beautiful woman, elegant and unattainable. Two antipodal choices of life and two opposite faces of himself.

Santo’s criminal path is made up of inevitable choices and painful trajectories: those who live or those who die, passionate love or family, the bourgeois dream or a ruthless life.

The Rutheless is a journey along a quarter of a century in the universe of the Italian mala, delving into the kaleidoscopic and dizzying reality of 1980s Milan in the golden years of fashion, easy money, avant-garde art and disco music. Directed by Renato De Maria, written by De Maria itself with Valentina Strada and Federico Gnesini, the film is inspired by “Manager Calibro 9” by Piero Colaprico and Luca Fazzo.

The film premieres on Friday 19th April. Here’s a trailer:

The Ruthless is available on Netflix UK, as part of an £9.99 monthly subscription.

Why Annihilation being released on Netflix isn’t the end of the world... March 12, 2018 | Ivan Radford 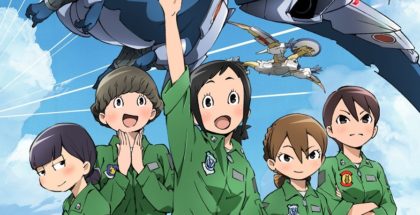