Watch the first 5 mins of Preacher's Season 1 finale – plus The Cowboy explained | Where to watch online in UK | How to stream legally | When it is available on digital | VODzilla.co 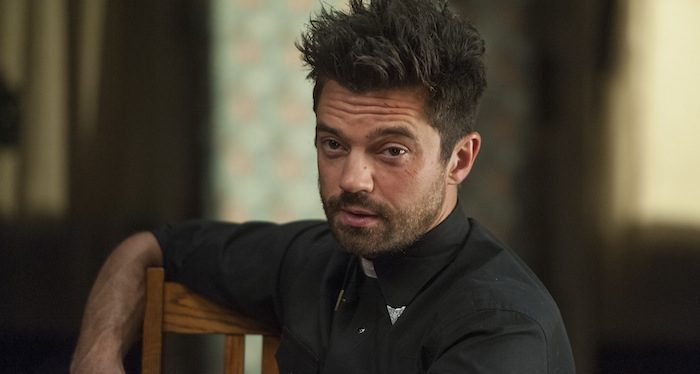 If the words “The Cowboy” mean anything to you, then you’ve been watching Preacher on Amazon Prime Video – and you’ll be counting down the days until the Season 1 finale on Monday 1st August.

The good news is that you can watch the first five minutes of the season finale online here, after AMC has released them to give fans a taste of what to expect from Episode 10.

If you haven’t, stop right now (there be spoilers below) and go and read our spoiler-free review of Episode 1 – or just head straight to Amazon to get watching.

Already streamed the first nine episodes? Then you’ll be excited by the prospect of The Cowboy having a big, brutal showdown with Jesse Custer. We first saw Graham McTavish’s gun-slinger back in Episode 2 of the show, which took its cue from the original comic books by Garth Ennis and Steve Dillon – and, more specifically, the origins story of a character called The Saint of Killers. Back in the 1800s, he was travelling across the desert to find a cure for his sick daughter.

“The Saint is unstoppable,” showrunner Sam Catlin told The Hollywood Reporter. “It works in the comic because Jesse’s on the move, but in this, he’s not. He’s easily found. We didn’t want to put off the Saint of Killers, so we felt this was an opportunity to introduce him and have him be in the world and be a character, and in its own way, tell the audience that he’s coming and he’s connected to everything that’s happening and he’s connected to the town.”

“We also loved the idea of Garth allowing us to do these standalone chapters,” Catlin said of starting The Saints’s story with a standalone segment, before picking it up later in the season. “The story of the cowboy will continue to be told over the first season. Then, by the end of the first season, you’ll realise why he has everything in the world to do with Jesse.”

Now, that realisation is here: The Saint/Cowboy is fresh out of his dizzying Hell, helping DeBlanc (Anatol Yusef) and Fiore (Tom Brooke) to bump off Custer once and for all.

Read on for the first five minutes.

Still need your Preacher fix? Warm up with our review of Episode 9. 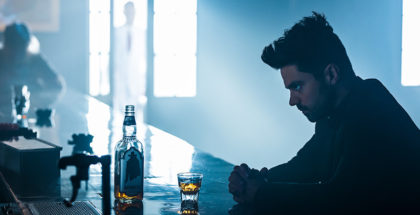 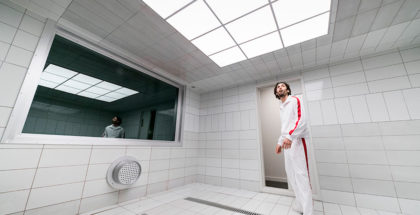