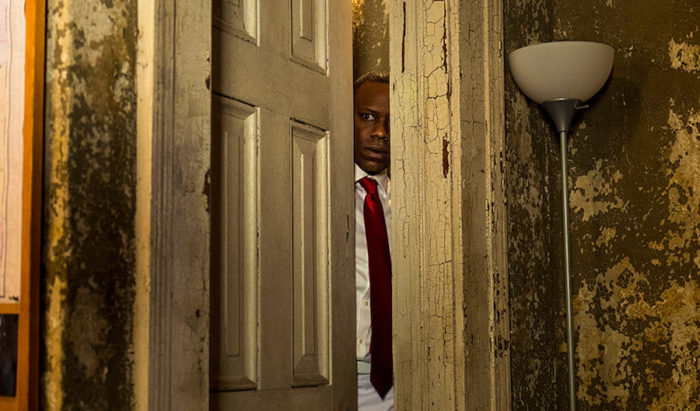 A powerhouse of ethics and anguish.

“Count Chocula can suck it.”

Preacher’s eighth episode does exactly what Preacher was designed to do – take morally uncertain characters and force them into nightmarish ethical dilemmas until they crack. And it does it brilliantly.

Jesse and Tulip are so exhausted from their journeys thus far they are both taking advice from Cassidy. Jesse decides to go CSI on his tape of God’s audition, hoping any clue will lead him to find the almighty, while Tulip spends most of her time repeatedly getting shot in the chest as a form of therapy. While there are many grey areas in Preacher, whether Cassidy gives good advice is not one of them.

Dominic Cooper’s man of God is still searching for his leader, but with increasingly loud sighs. Custer is a great creation, able to flip from Old Testament vengeance to New Testament saviour in a matter of seconds, and his weary frustration at failure makes him all the more relatable. Having Jesse run into a real problem he can’t lie, fight, drink, or command his way out of makes him truly helpless and vulnerable, and therefore human.

Tulip, on the other hand, is nothing but vulnerability. Ruth Negga’s expert performance as the Southern Belle/One-Woman Army only gets better and better, and her search to be free from The Saint leads her from attempted suicide to minor DIY – an odd escalation if there ever was one. This cleverly blends Tulip’s spiral with the encroaching of another powerful female character, Julie Ann Emery’s mysterious Grail agent.

Having met their unorthodox leader last week, seeing the impact ‘Grail Industries’ has is beginning to hint at what is to come. Possibly behind God’s absence, sending their highest, weirdest, most ruthless agent after Jesse, and another getting dangerously close to Tulip, their presence is starting to weigh heavy on the show, increasing the pressure simply by turning up on time. 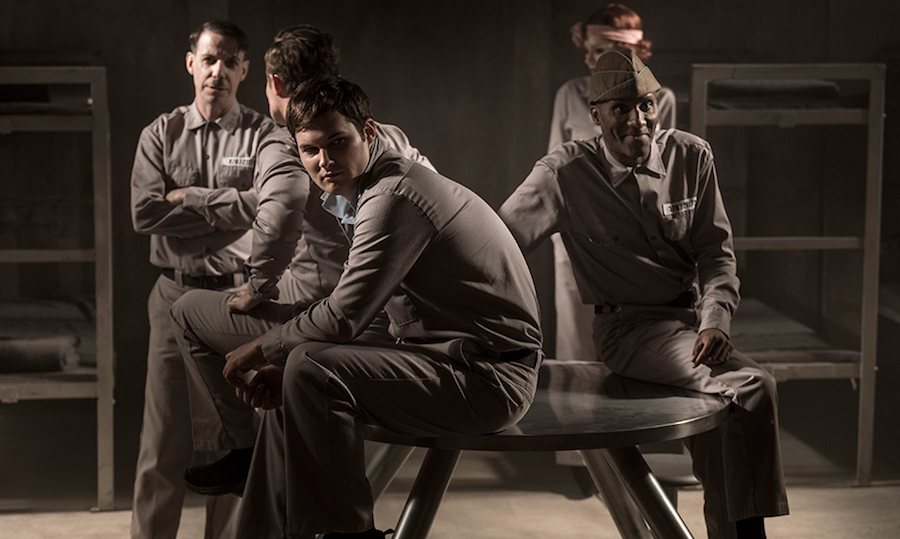 Elsewhere, Eugene finds that Hell’s prison-like nature is not an environment he is suited for – but, unfortunatelyl Hell has realised the same thing. Too kind for survival, and obviously out of place, Eugene’s anguish answers some very unsettling questions about ‘The Hole’. A new kind of brutal, hope-driven Hell, Ian Colleti’s facially-challenged (and angel-voiced – who knew?) teenager still manages to stay interesting after nearly two-seasons of heartbreaking punishment, both above and below ground.

Not quite finished with the heartache yet, Holes continues the emotional onslaught with a further look and implied conclusion to Cassidy’s paternal conundrum. Joe Gilgun’s reckless immortal spends the episode looking hurt in the shadows, while Denis vomits blood, begging to be bitten. Receiving little empathy from his supernaturally religious best friend, it seems Cassidy may have decided to end Denis’ suffering, or give him a new kind of extended suffering altogether. While his laugh-while-it-burns persona is a staple of Preacher, seeing Gilgun mourn his own father is a troublesome ordeal, especially with the added glimpses of relatably normal backstory.

A huge week for Preacher, the emotional hurt (and lack of face-sphincter prothestics, in some cases) allows the cast to display real depth among the ruins of their hunt for God, with Grail Industries looming over several of their plotlines. With everyone internally thrashing against their respective struggles, Episode 8 appears as a thunderous pause-for-effect, a giant of ethical scope and subtly masterful acting, a real showcase of Preacher’s core values of right, wrong, and everything in between.

Preacher Season 2 is available to watch online in the UK exclusively on Amazon Prime Video, as part of a £5.99 monthly subscription. New episodes arrive weekly on Tuesdays, within 24 hours of their US broadcast. 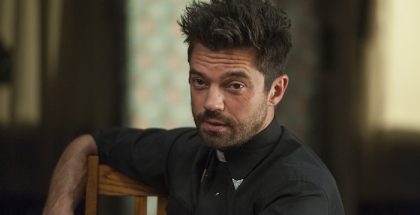