Walter Presents to launch in the US | Where to watch online in UK | How to stream legally | When it is available on digital | VODzilla.co

Walter Presents to launch in the US

Walter is going global. Channel 4’s streaming service, Walter Presents, dedicated to foreign-language TV from around the world, launched in the UK last year and has gone from strength to strength, racking up over 17.5 million views in its first 12 months. For a VOD platform designed to showcase international TV, it’s only fitting that the site should head overseas itself: Channel 4 has announced that the service is launching in the USA.

A venture between the UK broadcaster and Global Series Network, Walter Presents will be available in America this March, on a variety of platforms and at WalterPresents.com. While the UK’s platform is part of Channel 4’s ad-supported catch-up service, All 4, and provides TV shows for free, the US version of the site will cost $6.99 a month, with no adverts whatsoever.

The move puts the site in direct competition with SVOD giants such as Netflix, not to mention a new subscription service, BritBox, being launched by the BBC and ITV. Walter Presents, though, has the advantage of its expansive, exclusive worldwide catalogue from countries including Brazil, France, Argentina, Germany, Czech Republic and the Netherlands. 34 series will be available to view from 12 different countries upon launch. Shows that will premiere on Walter Presents US include Valkyrien and Spin. Walter Presents aims to host over 500 hours of premium television in its first year. Each season will be made available in its entirety allowing viewers to binge watch the content. The service will continue to premiere two new series each month and all the series will feature high-quality customised sub-titling.

Walter Iuzzolino, co-founder and curator of Walter Presents, says: “For years America has led the way with a string of iconic titles to become the undisputed home of great TV drama. But the rest of the world hasn’t stood still. Inspired by the quality of the very best U.S. drama, countries all over the globe are now producing extraordinary TV series, unforgettable stories which are becoming global smash hits. I am excited at the chance to introduce US viewers to this TV treasure trove.”

Jason Thorp, CEO of GSN International Ltd, adds: “The niche SVOD market has huge potential for growth and the US is the perfect starting place for Walter Presents’ international rollout. We’ve developed a strong, smart, standout brand, cleverly curated with a proven performance track record and we’re confident it will strike a chord with US audiences.”

David Abraham, Chief Executive at Channel 4, says the move is the first step in a planned global roll out of Walter Presents.

For more on Walter Presents, read our interview with Walter himself here – or see our guide to what’s coming soon to the service in the UK. 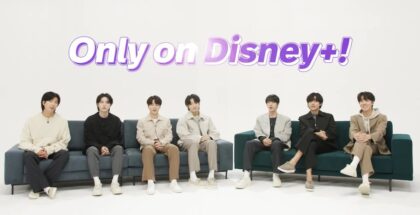