Netflix has unveiled the trailer for Middle East spy thriller, The Angel.

The film, which based on the New York Times bestselling book The Angel: The Egyptian Spy Who Saved Israel by Uri Bar-Joseph, is the true story of Ashraf Marwan, who was Egyptian President Nasser’s son-in-law. While he acted as special advisor and confidant to his successor Anwar Sadat, though, he was simultaneously one of Israeli Intelligence’s most precious assets of the 20th century.

The film is directed by Ariel Vromen, who made his name with the 2012 drama The Iceman, starring Michael Shannon. The movie stars Marwan Kenzari, who will soon be seen as Jafar in the new remake of Aladdin. It marks a reunion for Kenzari and Netflix, after he starred in sci-fi thriller What Happened to Monday.

He will be joined by Hannah Ware (Betrayal) and Toby Kebbell. The British actor, who wowed with his motion-capture performance in Dawn of the Planet of the Apes, broke through in Shane Meadows’ Dead Man’s Shoes in 2004, before cementing his one-to-watch status with The Entire History of You in Season 1 of Black Mirror, which has since been snapped up by Netflix.

The Angel premieres on Netflix on Friday 14th September. Here’s the trailer – or read on below for the poster.

The Angel is available on Netflix UK, as part of an £8.99 monthly subscription. 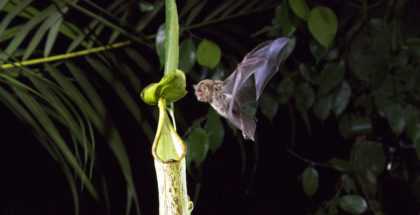 Disney ditches Netflix US to start its own streaming service... August 9, 2017 | Staff Reporter