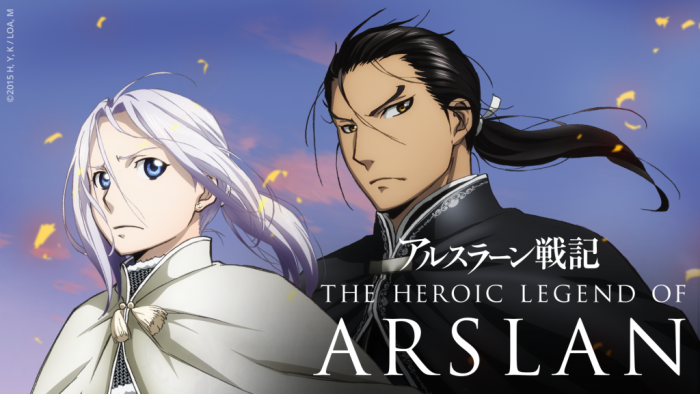 Viewster has added a wave of new simulcasts to its anime line-up.

The ad-supported VOD service is available around the world, although, as with many VOD sites, only some shows are available in certain territories.

The string of new streaming deals follows Viewster’s launch on Xbox 360, making the site accessible to console users for the first time. (For a full list of compatible devices, head here.)

Here’s a rundown of the five simulcasts available to view now in the UK:

Animation studio Doga Koba’s first original – and serious – project follows Tsukasa, who gets a job in a company that makes androids capable of feeling emotion. His task? To work with one of these androids and retrieve any defective models or those who have gone past their limited lifespan.

The Heroic Legend of Arslan

Arslan is heir to the once successful kingdom of Pars, which has fallen to a rival kingdom. Arslan goes on the run with a warrior named Daryun. Can he save his homeland? The original novels have been adapted before into a manga in the 1990s, as well as into two anime films. Now, with a new manga starting in recent years, this anime arrives.

Seraph on the End

From the makers of Attack on Titan (available on Netflix UK), Seraph of the End is set in a world where a virus has wiped out everyone over the age of 13 – and vampires have enslaved the children left behind. After four years of their rule, one child escapes with a plan for revenge.

The second season of this popular tennis anime sees the main character head to Florida for a training scheme involving top players from around the world.

Doga Kobo’s other, lighter project follows Eruna, a schoolgirl who wants a fun life full of friends and extra-curricular activities. But then she discovers that her school pits club members against each other with special powers to decide who will be club rep.

Why Neon Genesis Evangelion should be your next box set... June 21, 2019 | Ned Newberry