Watch: Netflix releases trailer for Indian dystopia Leila | VODzilla.co | Where to watch online in UK | How to stream

Netflix is getting its dystopia on this June, and we don’t just mean Black Mirror Season 5. Leila, Netflix’s new Indian series, also drops next month – and we’ve got a fresh look at it thanks to a new trailer.

The six-part drama is based on Prayaag Akbar’s award-winning book of the same name. It takes place in an imagined world, Aryavarta, in which there is great suffering, extreme and totalitarian rules of engagement and fictional extremes constructed around an obsession with purity, communal and divisive societal dramas and grit.

Leila: Season 1 is available on Netflix UK, as part of an £8.99 monthly subscription.

“My duty is my destiny…” That’s the mantra of Shalini, a mother in search of a daughter in Netflix’s new series, Leila.

The Indian original drama is a dystopian tale that takes place in the not too distant future, where society’s obsession with purity has led governments to build walls that divide and confine communities. Based on the book by Prayaag Akbar, it follows the free-thinking woman in search of Leila, the daughter she lost upon her arrest 16 years earlier.

The six-part series is from writer and executive producer Urmi Juvekar, and is described by Netflix as “The Hunger Games meets V For Vendetta”. An inventive, boundary-breaking story centres around longing, faith and loss, the drama asks what happens in the future to those who are you prepared to resist the nightmare, as they resist, repent, repeat.

Find out on Friday 14th June, when Leila premieres all at once Netflix. Here’s the intriguing new trailer:

Eurovision 2019: The 16 best songs from the contest 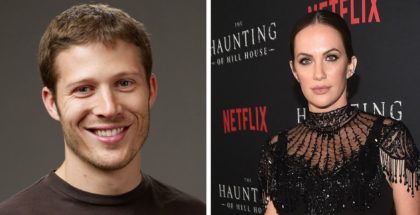