Trailer: Netflix releases The Lovebirds this May | VODzilla.co | Where to watch online in UK | How to stream

Trailer: Netflix releases The Lovebirds this May

Issa Rae and Kumail Nanjiani are heading to Netflix this May, after the streaming giant snapped up the rights to their new film, The Lovebirds.

Directed by Michael Showalter and written by Aaron Adams and Brendan Gall, the comedy was planned to be released in cinemas in April, until the coronavirus pandemic struck and led cinemas worldwide to be closed. While Universal has led the way with releasing films early on digital platforms to buy and rent, Paramount has turned to its long-running relationship with Netflix to minimise the fallout, selling the rights to the streamer to debut it worldwide online.

The deal follows similar agreements between Netflix and Paramount, with Netflix buying the worldwide rights to The Cloverfield Paradox for a surprise global release, the international rights to Annihilation to debut it online after its US cinema release – both of which were successful enough to spark a multi-picture film deal between Paramount and Netflix.

The Lovebirds sees Rae and Nanjiani follow a couple who experience a defining moment in their relationship when they are unintentionally embroiled in a murder mystery. As their journey to clear their names takes them from one extreme – and hilarious – circumstance to the next, they must figure out how they, and their relationship, can survive the night.

The film premieres on Netflix on Friday 22nd May. Here’s the trailer:

The Lovebirds is available on Netflix UK, as part of an £8.99 monthly subscription. 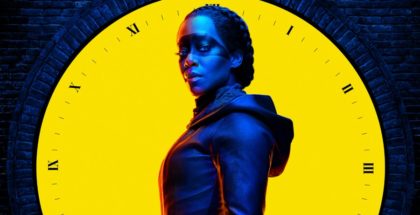